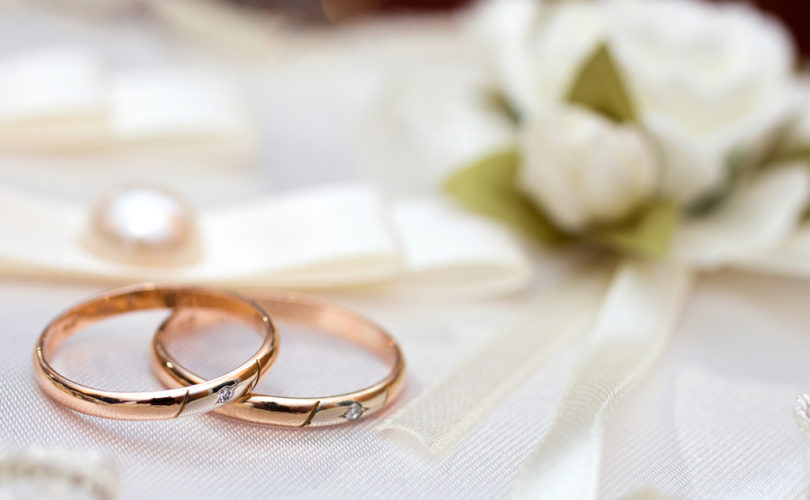 MOUNT PEARL, Newfoundland, May 25, 2015 (LifeSiteNews.com) –While North Americans are used to reading about Christian business people being fined and excoriated for refusing to cater to homosexual weddings, Newfoundland has added a novel twist: there a Christian jeweller has been punished financially and deluged with hate mail even though he did do business with a homosexual couple.

Nicole White and Pam Renouf liked the service they got from Esau Jardon of Today’s Jewellers in Mount Pearl, Newfoundland and Labrador, who took their deposit and proceeded to design and build them two engagement rings. They even recommended the store to friends.

But by the time one friend went there, the Mexican-born Jardon had put up a sign in his shop window marking Mother’s Day—and his strong, traditional Christian beliefs: “The Sanctity of Marriage IS UNDER ATTACK; Help Keep Marriage Between Man & Woman,” it read.

The friend went ballistic. Her picture of the sign went viral. The couple went back on their deal and back to the store, demanding their deposit. Today’s Jewellers’ Facebook page was so deluged with hundreds of hateful emails and many threats that Jardon and his brother, who is his business partner, have to shut it down.

LifeSiteNews asked White if Jardon had been punished enough. “Omigod, yes,” she responded. “Way, way too much.” But earlier she explained to a local newspaper why the couple canceled their order. “The ring symbolizes love, and just knowing that that’s the sign that they have up there — every time I look at my ring, yes, I’ll think of us, clearly, but also everything we went through. So I don’t want my ring from there anymore. I just want my refund.”

At first, she reported, “They just said that that's their beliefs, and they think they can put up whatever they want. I just said it was very disrespectful, it's very unprofessional and I wanted a refund,” White said. “I have no issues with them believing in what they believe in. I think everyone's entitled to their own opinion. But I don't think they should put their personal beliefs inside their business.”

Jardon, at first, was loath to return it, lest this be seen as an apology for his beliefs. Reached in Toronto, he told the St. John’s Telegram, “When I walk on Church Street in Toronto, where I am right now, and I see [LGBT rainbow flags], and I see a lot of signs and a lot of things on public property, I don't have a problem with them. I accept it. I chose to come to Canada… and we accept the whole package… I don't discriminate against that, nor do I come and tell them to take them down. For the same reason, I ask to have the same respect in return, especially when it's in my own business.”

However, some have offered support and sympathy. Rod Dreher, blogging at The American Conservative, observed that only so-called sexual minorities expected this kind of treatment. “Is a fundamentalist Christian permitted to send her osso buco back to the kitchen if she discovers that homosexual hands cooked it? Of course not. Some delicate snowflakes are more delicate than others.”

Referring to recent decisions by courts and human rights tribunals against Christian vendors who refused to serve homosexuals, Dreher concluded on an ironic note. The pressure on Jardon to return the deposit marked “the next phase in the March of Progress. You must not only bake the cake, or arrange the flowers, or make the ring, you must hold the correct opinion when you do it.”

Jardon defends his right to his own opinion. “One of the reasons my family chose to move to Canada was the rights that it offered, the freedom of religion and freedom of speech, both of which at the time seemed to be very limited in Mexico,” he said.