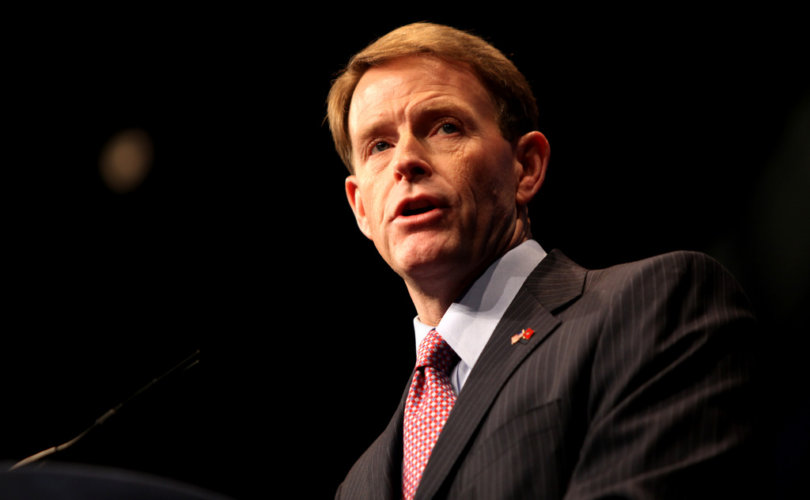 CLEVELAND, June 17, 2016 (LifeSiteNews) – There will be a battle over the Republican Party's official position on life, marriage, and other social issues between grassroots activists and the party's financial elite – and the liberals will lose, national pro-life leaders have declared.

“There are liberal elements in the party who are financing an all-out attempt to radicalize the 2016 Republican Party platform. They are applying pressure to convince the party to abandon its longstanding commitment to conservative principles like natural marriage and religious liberty, calling instead for 'platform reform,'” the political arm of the Family Research Council, FRC Action, said in an e-mail sent to supporters late Thursday evening. “There is also talk of targeting the party's plank on the sanctity of life.”

Other sources have told LifeSiteNews that there is a remote possibility of a flashpoint over transgender issues, an issue on which social conservatives diverge widely from the GOP's business constituency.

FRC President Tony Perkins said he is “confident” conservatives will prevail “given the statements and actions of RNC officials, combined with skilled conservative delegates, advanced planning, and on the ground support.”

Perkins, who served two terms in the Louisiana House of Representatives, will have the opportunity to shape the conversation as a member of the platform committee in Cleveland during the convention, July 18-21.

He announced on Thursday that he will be joined by Concerned Women for America, the March for Life, and representatives of Eagle Forum, as well as other socially conservative platform leaders in Cleveland to keep up the fight.

Talk of changing the GOP's stance on social issues, a perennial media topic, spiked in April after Donald Trump said he would “absolutely” like to change the party's official position on abortion to favor exceptions for rape, incest, and to save the life of the mother.

“There are those who would like to see us weaken or abandon key principles, especially in social and moral areas,” said David Barton of Wallbuilders, known for his books on the role of Christianity in the American founding. “As a delegate on the platform committee, I will work to ensure that we retain and strengthen our position on those principles.”

He will have help from a heavy hitter. Senator Ted Cruz, who won 11 primaries and has the second-highest number of delegates, has said part of the reason he continued to amass delegates after suspending his campaign was to wage a floor fight at the Republican National Convention on social issues.

“You have my word,” Sen. Cruz told Pat Campbell, an Oklahoma radio talk show host. “We intend to do everything we can to fight for conservative principles to prevent Washington forces from watering down the platform.”

The current Republican Party platform calls for “a human life amendment to the Constitution,” endorses “legislation to make clear that the Fourteenth Amendment’s protections apply to unborn children,” and opposes the “court-ordered redefinition of marriage.” Approximately two-thirds of Republicans support the platform's current language on marriage.

The platform says nothing officially about transgender issues. However, the Republican National Committee (RNC) passed an official resolution in January describing the Obama administration's promotion of the transgender political agenda as “a federal governmental overreach, a misinterpretation of Title IX policies, and an infringement upon the majority of students' Constitutional rights.” That was before Obama issued his controversial federal transgender guidance threatening to defund school districts that did not allow biological males to use the restrooms and showers of biological females.

Those principles have helped Republicans outperform their registration numbers and reach beyond those who do not formally belong to the party, Barton said.

Another platform delegate, Arizona Christian University President Len Munsil, agrees both on the importance of the GOP's moral stance and the need to stand up for it in Cleveland.

“Political parties are formed around ideas, and those ideas are contained in the party platform,” he said.

The party's pro-life plank has engendered floor fights virtually since its adoption. The GOP's 1976 platform took a cautious, nuanced position.

But the nomination of future President Ronald Reagan, a pro-life conviction politician, changed the platform to include constitutional protections for the unborn and transformed the party for decades to come.

Richard Viguerie, a longtime conservative strategist, told LifeSiteNews this spring that Trump “has zero chance” of altering the party platform on abortion.

“We are a pro-life party, and the Republican Party is not going to change that,” he said.

Ted Cruz: ‘You have my word’ I’ll fight to save GOP’s pro-life plank