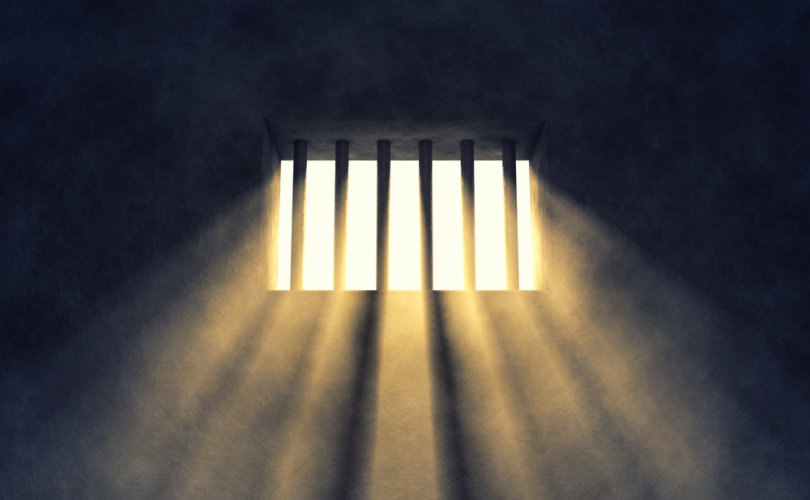 May 10, 2016 (LifeSiteNews) – A Mennonite minister sent to prison for helping a young girl flee the court-ordered custody of her lesbian “mother,” has written to supporters that our lives should be a “prophetic protest” against the evils of modern society.

“As non-resistant bearers of the Truth, we should not sit by as ‘the quiet in the land’ while society around us falls into ruin,” writes Kenneth Miller, who began his 27-month sentence on March 22 in the federal minimum security prison in Petersburg, Virginia. “Rather our lives should be a prophetic protest, an exposé of Satan's tyranny, and we should not hesitate to oppose His lies with the Truth, by word and action.”

Miller writes that prison life is difficult, but thanks God for his sufferings.

“I know from recent experience that there is life after death,” states Miller. “I was in here for a few days before I realized I was resisting being here. It was just too hard. The experience was overwhelming. The evil was almost overpowering.”

“My heart was numb. But then I began to yield to God and started thanking Him for this hardship. The joy of His presence has become very real and very sweet. Thank you so much for your prayers.”

Miller says he finds solace in reading and in doing manual work at the prison. One of the books Miller is reading is Michael O’Brien’s The Father’s Tale, a novel about a man who makes great sacrifices to find his missing son, modeled on the parable of the prodigal son appearing in the Gospel of Luke.

The minister’s letters appear on a website maintained by his supporters in the Beachy Amish Mennonite community, which is also seeking donations to pay for his family’s expenses while Miller is in prison.

Miller was convicted in 2012 of “aiding an international kidnapping” for helping Lisa Miller and her daughter Isabella flee to Canada in 2009, enabling them to fly to Nicaragua and escape court-ordered visits with Janet Jenkins, Lisa’s former lesbian partner. Lisa and Isabella are not related to Kenneth Miller.

Lisa Miller had sought to keep her daughter from the influence of Jenkins after she left their relationship and repudiated the homosexual lifestyle. She had returned to the Baptist religious beliefs of her youth and was raising her daughter as a Christian. However, despite the fact that Jenkins was not Isabella’s birth mother and she had never adopted her, a Vermont court had declared that she was Lisa’s “mother” and ordered unsupervised visits with Jenkins.

Kenneth Miller was imprisoned the first time in 2013, when he refused to testify against others accused of helping Lisa and Isabella escape. He was able to delay his imprisonment by appealing his conviction until 2016, when a federal court denied his final appeal.

Although Miller is very respectful of government authority, he has never expressed regret for his decision to help Lisa and Isabella flee Jenkins and her allies in the Vermont court system.

“Here at FCC Petersburg, I am greatly privileged to stand with Lisa in her quest for Truth and Freedom,” Miller wrote in March before entering prison. “Some things can never be locked up inside prison walls. Truth. Conscience. Moral righteousness. And the saving Gospel of Jesus.”

To write to Kenneth Miller:

All letters are read by prison personnel.

Mennonite pastor who helped child flee lesbian ‘mother’ to go to prison
Mennonites: we are willing to die rather than betray girl to court-appointed lesbian ‘mother’
Exclusive Interview with Lisa Miller, Ex-Lesbian Fighting for Custody of Own Child against “Civil Union” Partner