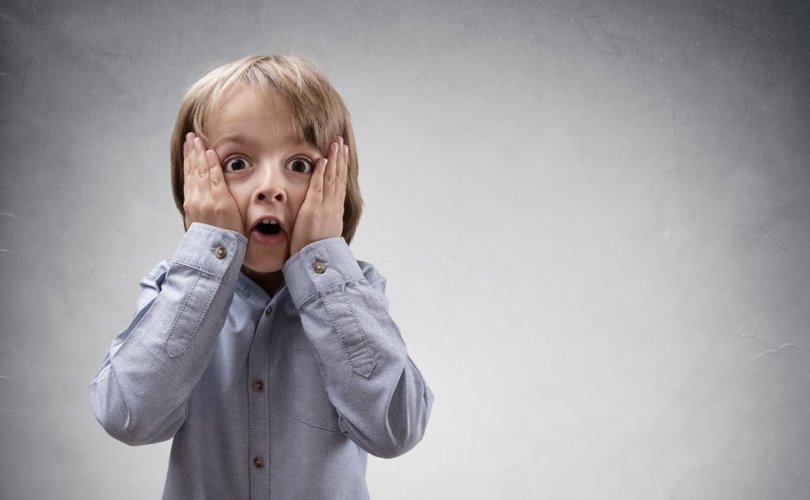 WASHINGTON, D.C., June 2, 2020 (LifeSiteNews) — The Family Research Council (FRC) in May has released a publication on “Sex Education in Public Schools” outlining how “sex ed programs push the limits on what is appropriate, both in terms of the material presented to students and the age at which it is presented.”

Parents reading the 56-page booklet will be appalled to learn, perhaps for the first time, what their children are exposed to in public schools across the United States.

Abortion, homosexuality, gender ideology, abstinence that has nothing to do with waiting for marriage — “Sex Education in Public Schools” lists countless examples of the various ways in which children are sexualized by simply attending a taxpayer-funded school.

In fact, not all “sex education” takes place in the classroom. “Even if parents identify problematic lessons in sex ed and manage to opt their kids out, that won’t protect them from sex propaganda elsewhere in school, sometimes where they least expect it,” Cathy Ruse, the author of the publication, pointed out.

Even classes as seemingly innocuous as history are not safe. “All public schools in California, New Jersey, and Illinois are now required to teach children LGBTQ history. In Illinois, schools are not even allowed to purchase history textbooks that fail to include an LGBTQ angle.”

“Schools in Indiana actually send teens shopping for condoms, with a worksheet to fill out comparing brands, prices, lubrication, and whether or not they are comfortable shopping in the store.”

The term “consent” is no longer used exclusively “to equip kids to resist committing, or being a victim of, sexual assault.” Rather, “[t]he ‘consent’ movement seems less about avoiding assault and more about promoting sex and sexual rights.”

The FRC publication quoted the Guttmacher Institute, the research arm of pro-abortion Planned Parenthood, which revealed, “Teaching about consent is key to pushing back against abstinence-only messages.”

Abstinence, in turn, has nothing to do with waiting for marriage, but means “abstinence until your next steady boyfriend or girlfriend.”

Parents in Fairfax County, Virginia are told an abstinence lesson will talk about “the benefits of abstaining from sexual activity until marriage.” However, as Ruse found out, “the word ‘marriage’ never appears anywhere in the lesson!”

Access to abortion is also a standard part of sex education in public schools. In some institutions, students are told how to get an abortion and keep it a secret from their parents.

“Schools in Indiana actually send students to visit clinics with a worksheet to fill out about services provided, and a place to fill out the bus route they took to get there (presumably to avoid parental detection),” the FRC publication uncovered.

Homosexuality and transgender ideology are pushed on students by programs like Planned Parenthood’s “Get Real” curriculum for middle-school students. As Cathy Ruse demonstrated, those programs “are replete with same-sex examples,” for instance a “role-playing scenario for seventh graders.”

In that particular scenario, students have to act like Brittany, a girl in a homosexual relationship, whose partner “wants to have oral sex with her … [b]ut Brittany’s mom thinks she should wait until she is older.” The students are asked what Brittany should do, as she agrees with her mother but does not want to hurt her partner’s feelings.

Finally, “[m]any public schools are beginning to teach the radical, anti-science proposition that biological sex is meaningless, that some kids are born in the wrong body, and that some girls have penises, too.”

The FRC booklet provides a “list of 15 harmful elements typically found in ‘Comprehensive Sexuality Education’ curricula, any one of which is cause for concern.” Parents are enabled to check their own public school lesson plans for problematic material, which they are almost guaranteed to find.

In “Sex Education in Public Schools,” Ruse called out the most influential organizations pushing the sexualization of children, including Sexuality Information and Education Council of the United States (SIECUS), whose motto is “sex ed for social change.”

What should parents do? Ruse suggests, first and foremost, “a healthy dialogue between mother, father, and child about the goodness and beauty of married love.”

Then “work to ensure that your school does not promote harmful messages about human sexuality to your children or to any child.” Given all the horrifying examples of sex education listed in the booklet, this might not prove to be fruitful for many school districts.

Parents are also encouraged to opt out of the school’s sex education activities by sending a letter to the school’s administrator. This could be helpful in some respect. However, all the other students the child interacts with will still be participating in sex education and talk about it — a fact “Sex Education in Public Schools” does not consider.

In the final equation, “[t]here has never been a better time to consider alternatives to public school” — namely, private schools and homeschooling, as well as new forms of education implementing elements of both classroom instruction in a school setting and homeschooling.