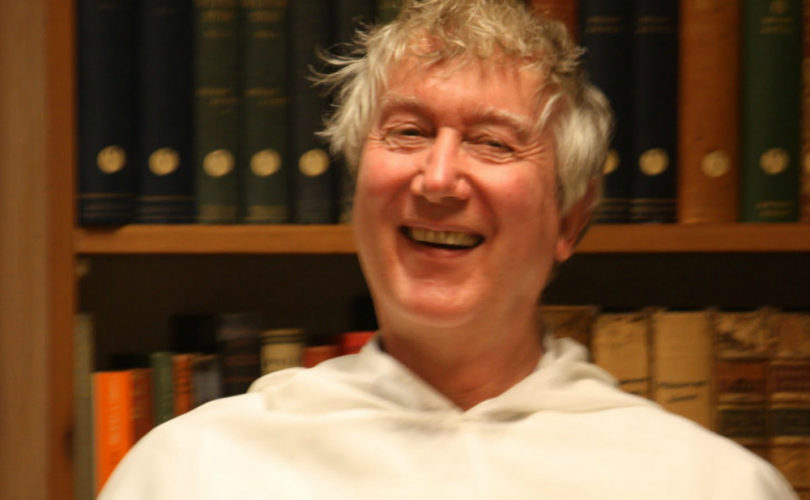 BRISBANE, Australia, August 15, 2017 (LifeSiteNews) – A Dominican priest who previously said sodomy can express Christ's “self-gift” criticized “the tyranny of tradition at the exclusion of creativity” in a recent talk about Amoris Laetitia.

Dominican Father Timothy Radcliffe, appointed as a consultor for the Pontifical Council for Justice and Peace by Pope Francis, has a history of downplaying or outright contradicting the Catholic Church's teachings on sexual morality. He was the Master of the Order of Preachers from 1992 to 2001.

An article published at the Dominican Order's official website said Radcliffe addressed “absolutism and 'the tyranny of tradition at the exclusion of creativity'” in a May 10 talk in Brisbane, Australia.

“Fr. Radcliffe developed this idea to talk about marriage, divorce and Communion,” the summary of his talk said. The exhortation Amoris Laetitia, released by Pope Francis more than a year ago, has generated worldwide controversy. At the heart of the debate is whether it changes the Church's approach to giving the sacraments to those living unrepentantly in situations the Church deems gravely sinful.

It does not appear that Radcliffe's full talk has been published yet. Radcliffe's talk was whether the Church can “make room for the conscience of the laity – the challenge of Amoris Laetitia.”

[Radcliffe] said the third century Church had excluded some parishioners 'forever', before a pope decided to change the discipline so people who had been excluded could come back to Communion.

“We’re in a similar moment now, when faced by so many good people whose marriage has collapsed – honest, kind people – now we, as the pope in the third century, have to say mercy must prevail,” Fr. Radcliffe said.

If divorced people can face their own responsibility and failure, if they faced up to what they had done and been, then maybe the best thing was for them to come back to the medicine of the Eucharist.

“It's not clear in the article on the website whether everything printed is actually being ascribed to Father Radcliffe,” Dominican Father Thomas Petri, vice president and academic dean of the Pontifical Faculty of the Immaculate Conception at the Dominican House of Studies in Washington, D.C., told LifeSiteNews. “It does seem, though, that he is suggesting that a person's conscience is the exclusive judge of the truth of an objective situation – namely, the status of one's state in the Church despite what the Church's teaching holds, in this case, about the public nature of marriage.”

This contradicts magisterial teaching. This theory of conscience sounds very similar to one St. John Paul II specifically criticized in Veritatis Splendor. In paragraph 32 of that encyclical, he condemned the modern tendency to exalt freedom to such an extent that the individual conscience is accorded the status of a supreme tribunal of moral judgment and that such judgment is true simply because it originates in the conscience. The Church's teaching on this matter is clear, and the Holy Father has not changed that teaching. Indeed, while Pope Francis calls pastors to accompany those living in irregular situations to discern their state, he clearly says many times in Amoris Laetitia that the Church teaching has to be respected.

And the Church teaching is that a couple who is living in a difficult and irregular situation, may not be entirely at fault for that and may have truly repented from any sins of their past, but, because marriage is a public reality, they cannot approach the sacrament of the Eucharist–which is a cause but also a sign of unity–until their marriage is regularized or, if they can accept it, until they decide to live as brother and sister and there is no scandal in them receiving Communion.

Accompaniment does not mean making exceptions or advancing a double standard. On this too, Amoris Laetitia is clear. Accompaniment means helping a couple recognize the grace of God at work in their lives and his invitation to grow. It does not mean contravening the words and teachings of Jesus Christ and his apostles, nor the perennial magisterial teaching of the Church.

A theologian who wished to remain unnamed told LifeSiteNews, “The impossibility of receiving Holy Communion for people who are living with someone who is not their spouse as if that person were their spouse is not a restriction imposed by the Church. It is a part of the teaching of Christ, who tells us through St. Paul that we must not receive His body and blood if we are intending to commit a serious sin, and who tells us Himself that marriage is indissoluble and that adultery excludes us a person from 'entering into life.'”

“True mercy lies not in encouraging people to think that sin can be forgiven without being renounced; it lies in showing people what the truth is, and where they can find the help necessary to live in the truth,” the theologian said.

Brisbane's Catholics are led by Archbishop Mark Coleridge, who in 2016 defended allowing his cathedral to be used for an erotically suggestive ballet and fashion show.