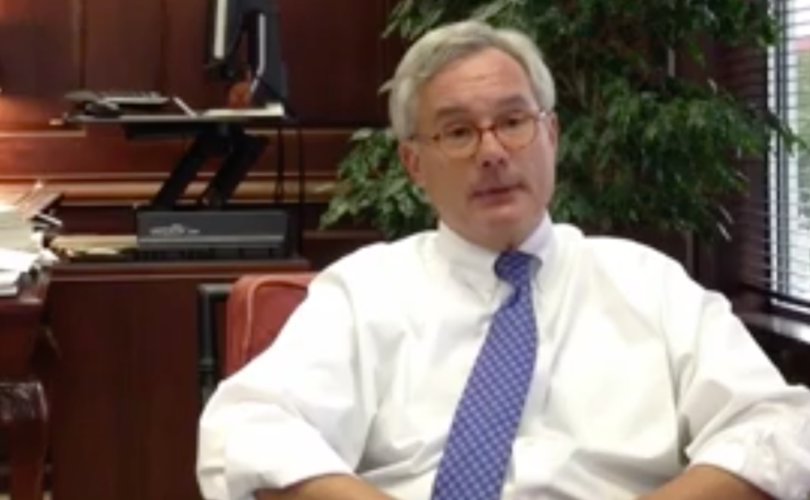 INDIANAPOLIS, June 29, 2018 (LifeSiteNews) – In a blow to transparency in women's health, Indiana will now have to wait for the results of a lawsuit before it can require abortionists to report information on medical complications, a Clinton-appointed pro-homosexual federal judge ruled Thursday.

The state chapter of the left-wing American Civil Liberties Union (ACLU), along with Planned Parenthood of Indiana and Kentucky (PPINK), brought the suit against Act 340 on the grounds that it was too vague to enforce. Young agreed.

“If PPINK and its physicians interpret the statute incorrectly and report less than everything, they risk civil and criminal sanctions,” the judge wrote. “This violates PPINK’s due process rights. The violation of constitutional rights constitutes irreparable harm.”

“We’re not surprised a judge appointed by President Clinton would side with Indiana’s largest abortion chain,” Indiana Right to Life (IRTL) president and CEO Mike Fichter responded. Bill Clinton appointed Young to the bench in 1998.

“Planned Parenthood profits off ending the lives of thousands of unborn Hoosiers every year,” Fichter continued. “We urge Attorney General Curtis Hill to appeal Judge Young’s decision, so that women’s health is protected and upheld in Indiana.”

Insufficient reporting of abortion-related problems is a significant issue in Indiana and across the nation. When the bill was first proposed in January, IRTL vice president for public policy Sue Swayze noted that medication abortions had risen to account for 26% of all abortions in the state.

“The only way that truly informed consent is possible if we know accurate complication rates of the procedures and medications that we’re recommending,” Dr. Christina Francis of the American Association of Pro-Life Obstetricians & Gynecologists (AAPLOG) testified.

Earlier this month, Indiana pro-lifers also demanded an investigation into whether state abortionists are reporting cases of statutory or forcible rape, citing 48 cases in which abortionists allegedly failed to do so.

Judge Young, an unapologetic progressive, ruled in June 2014 that Indiana's ban on same-sex “marriage” was unconstitutional.