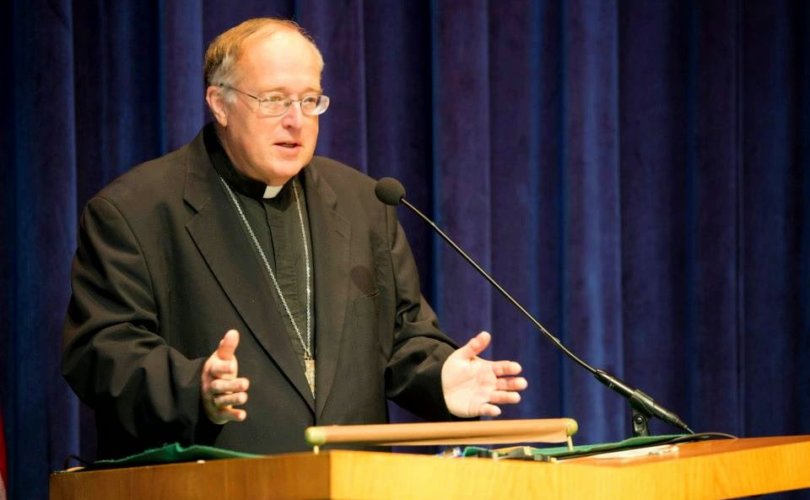 October 28, 2019 (LifeSiteNews) — Pro-LGBT Bishop Robert McElroy of San Diego believes the majority of bishops who attended the Pan-Amazonian Synod favor allowing women deacons. He also said that he himself is in support of “opening any ministry we have in the Church to women which is not clearly precluded” by the Church’s doctrines.

McElroy is one of the most heterodox bishops in the United States. He was hand-picked by Pope Francis to attend the controversial gathering, where some Catholics claim “idol worship” of a naked pagan statue (“Pachamama”) was performed in the Vatican Gardens. Pope Francis also asked liberal U.S. Cardinals Blase Cupich of Chicago and Sean O’Malley of Boston to participate in the synod. McElroy made his comments during a recent interview with Catholic News Service (CNS).

“The sentiment among the bishops of the synod was in favor, the majority of bishops, were in favor of admitting women to the permanent diaconate,” McElroy told CNS. “My own view is that I’m in favor of opening any ministry we have in the Church to women which is not clearly precluded doctrinally.”

Admitting he is “not an expert in this field,” McElroy, who concelebrated an “LGBT Mass” at a pro-gay church in his diocese in 2017, said, “my own assessment of it is…that what has come out so far indicates the current diaconate for women is not clearly prohibited by doctrinal considerations. My hope would be that they would find a pathway to make that a reality.”

According to Faithful Shepherds, a bishop accountability website launched by LifeSiteNews in August of 2018, McElroy is one of the most radical bishops in the United States.

In a 2013 interview, McElroy called poverty the “preeminent” issue for the Catholic Church, complaining that, “In recent years, the [USCCB] has labeled abortion and euthanasia as the preeminent issues in the political order, but not poverty.”

He also banned an outspoken pro-life priest from writing bulletin columns while calling for climate change to be a “central priority” of the Church.

McElroy has also been a vocal supporter of pro-homosexual priest Fr. James Martin. In a 2017 article, he endorsed Martin’s book, Building a Bridge, even though it fails to mention the sinfulness of homosexual acts and insists that the Church change its teaching on “LGBT” issues.

More recently, Bishop McElroy was a keynote speaker at the Association of U.S. Catholic Priests assembly in 2018. The Association of U.S. Catholic Priests is a dissident, pro-gay, pro-women’s “ordination” group comprised of liberal priests from across the United States. The particular conference at which McElroy spoke featured pro-homosexual merchandise and buttons available for the attendees.

McElroy has also attacked the integrity of Vatican whistleblower Archbishop Carlo Vigano, who alleges that there is massive homosxual infiltration in the Church and that sex crimes committed by Catholic priests have been covered up by high-ranking prelates, including Pope Francis.