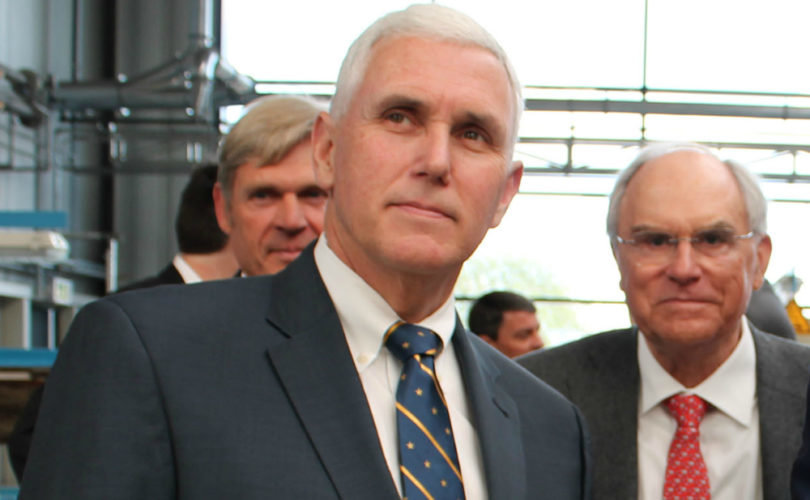 INDIANAPOLIS, March 30, 2015 (LifeSiteNews.com) – The decision to protect religious freedom could cost the state of Indiana hundreds of millions of dollars, as business leaders, celebrities, the NCAA, and at least one religious organization have threatened the state with an economic boycott.

Major corporations, which have long supported key aspects of the homosexual agenda, have said they may punish the state after Governor Mike Pence signed into law a bill that would allow people to practice their religion in public – including by refusing to bake a cake or take photographs of a gay “marriage” ceremony.

Prominent among the businesses reacting to Pence's signature is Angie's List, which is based in Indianapolis. The online company has announced that it is stopping a planned expansion that would have meant 1,000 jobs and $40 million in economic activity, according to The Indianapolis Star.

The CEO of SalesForce.com also tweeted that his company is “forced to reduce our investment in” Indiana. Two to three thousand SalesForce.com employees are based in the state.

Apple's CEO Tim Cook, who is openly homosexual, published an op-ed in The Washington Post yesterday, criticizing the law.

The NCAA has also gone after Indiana's RFRA, with president Mark Emmert saying in a statement that “we will work diligently to assure student-athletes competing in, and visitors attending, next week’s Men’s Final Four in Indianapolis are not impacted negatively by this bill. Moving forward, we intend to closely examine the implications of this bill and how it might affect future events as well as our workforce.”

It's not just corporations and athletic organizations saying Indiana could suffer economic loss from Pence's signature. A comic convention planned for Indianapolis may be canceled, and with it the 50,000 people who were expected to attend. The organization Disciples of Christ may change its plans for an annual convention in Indianapolis.

But that economic pressure won't cause Indiana to back down on its support for religious liberty, governor Mike Pence said on Sunday.

Speaking with ABC's George Stephanopoulos, Pence said that while he would “clarify” the state's Religious Freedom Restoration Act (RFRA), he would not retract his support for the law.

Critics say the Indiana legislation, which is similar to laws in 19 other states and is expected to see a variation of itself become law in Arkansas this week, promotes discrimination against gay and lesbian people in Indiana. However, the law is based upon a federal law that has addressed issues of abortion-inducing drugs and contraceptives, building codes, and many other areas of public policy concern related to religious liberty.

Supporters of RFRA say Indiana is merely allowing legal recourse for religious people who believe government laws are violating their sincerely held beliefs. RFRAs across the country have attempted to balance religious liberty with compelling government interests by requiring laws that violate religious liberty to be the least coercive measure to accomplish legitimate governmental goals.

The federal measure, also known as the Religious Freedom Restoration Act, passed a Democratic-controlled Senate and House, and was signed into law by Democratic President Bill Clinton 22 years ago.