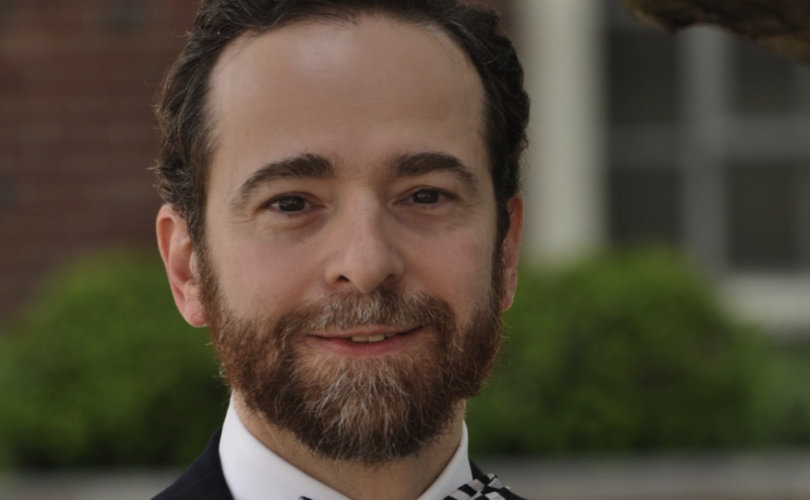 Gagnon, author of “The Bible and Homosexual Practice: Texts and Hermeneutics,” said Martin, editor-at-large at America magazine, “has no business being in a position of responsibility in the Catholic Church.” He was reacting to Martin’s interview last week with a San Francisco “gay” newspaper, Bay Area Reporter, in which he claimed that among the reasons that people have reacted “viciously” to his “bridge-building” efforts toward homosexuals is that they have “visceral disgust at same-sex relations” or “hatred of LGBT people.”

The most important reason, Martin said, is that his opponents potentially have “discomfort with their own sexuality,” according to the Bay Area Reporter. This projecting putdown is commonly used by “gay” activists against their pro-family critics. Martin’s comments, in which he declined to comment on his own sexuality while urging “gays” to “come out,” led ex-“gay” Catholic author Joseph Sciambra to label him a “total fraud.”

Martin is promoting his new book, “Building a Bridge: How the Catholic Church and the LGBT Community Can Enter into a Relationship of Respect, Compassion, and Sensitivity.”

Until recently, Gagnon was an associate professor of New Testament at Pittsburgh Theological Seminary (PTS), affiliated with the liberal Protestant denomination Presbyterian Church (USA), which now blesses homosexuality-based “marriages.” Gagnon recently left his tenured job at the seminary in a move widely perceived by his socially conservative admirers as punishment for his respected scholarship upholding the Bible's prohibition of homosexual conduct.

Below is the full Facebook statement by Gagnon regarding Fr. Martin (links added):

“[Fr.] Martin is someone who has no business being in a position of responsibility in the Catholic Church because his raison d'etre appears to be the destruction of the historic Catholic (and general Christian, scriptural) position on a male-female foundation for sexual ethics.

“According to [former homosexual Catholic] Joseph Sciambra, Martin in an August 24, 2017 interview with the pro-gay San Francisco periodical ’The Bay Area Reporter’ characterized as ‘far right’ anyone who has a ‘visceral disgust at same-sex relations’ (should we also drop ‘visceral disgust’ for close-kin incestuous relations?) and is at all alarmed that the RCC's [Roman Catholic Church’s] teaching on a male-female foundation for marriage ‘might be changed.’ Such persons, in his view, necessarily ‘hate LGBT people’ and probably have ’discomfort with their own sexuality.’

“No one who upholds the biblical teaching, including the teaching of Jesus, could possibly make these remarks. Martin added in the interview ‘that he prefers not to make public his own sexuality.’ That Francis appointed this man to high office speaks volumes about Francis (not of it good).

“For its part Fordham University, a Catholic institution, has a male theology professor who married a man, in blatant defiance of the Catholic Church's teaching. For the second time it is promoting a ‘dialogue’ between this man and Martin, which is little more than an unchallenged propaganda exercise.”

Gagnon is widely sought by Bible-believing Christians of various denominations for his thorough, scholarly repudiations of revisionist theologians and activists who attempt to square the Bible with LGBTQ (lesbian, gay, bisexual, transgender, queer) ideology and lifestyles. Though Pittsburgh Theological Seminary issued an August 16 statement saying Gagnon’s departure was amicable, many of the professor’s admirers, reading between the lines, were not buying it. Gagnon taught at PTS for 23 years.

Princeton and Harvard professor Robert P. George, who is Catholic, reacted as follows on Facebook to the news of Gagnon leaving PTS: “The exceptionally gifted New Testament scholar Robert A. J. Gagnon is a nicer and far more conciliatory person than I am. He has always tried to give his critics — even those who are manifestly malicious and determined to harm him — every benefit of every doubt. In return, he has received … nothing but defamation and unfair and abusive treatment. Add his name to the ever growing list of victims of the hypocrites who claim to be great champions of social justice, tolerance, and inclusion.”