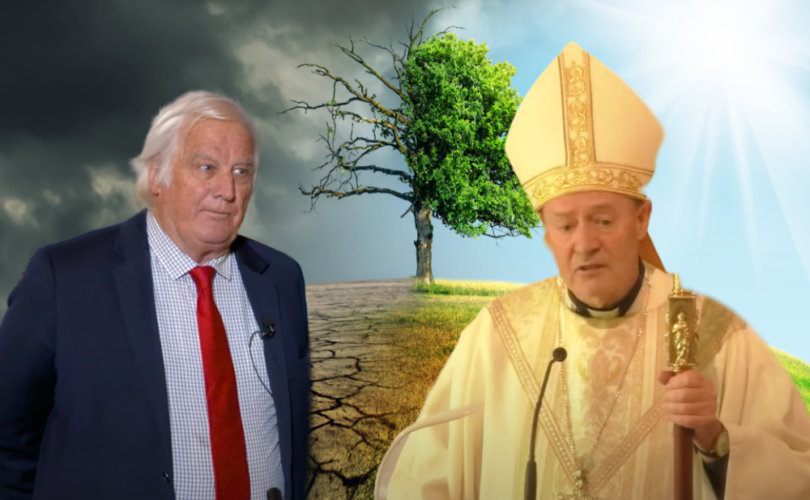 HOBART, Australia (LifeSiteNews) – The Catholic Archbishop of Hobart in Tasmania is coming under fire from a left-leaning Catholic group after the archdiocese published a report of a talk which criticized the “climate change” movement as the “new face of socialism.”

On May 10, the Archdiocese of Hobart’s official publication, The Catholic Standard, published an article in print and online entitled “Exposing the ‘modern green religion’.” Written by Catherine Sheehan, the archdiocesan communications coordinator, the article summarized a recent talk given by Professor Ian Plimer at the Christopher Dawson Centre for Cultural Studies, a Catholic think-tank established by Hobart’s Archbishop Julian Porteous in 2013.

As noted in the article, Plimer attacked what he called the “modern green religion” saying that the “phenomenon” of human-emitted carbon dioxide causing global warming “doesn’t exist.”

He spoke out against the chief talking points of the climate change arguments, saying that only 0.7 degrees Celsius of warming had occurred in the last 150 years, while in “the last 1,000 years, we’ve had five degrees of cooling.”

Plimer, a geologist and professor emeritus of Earth Sciences at the University of Melbourne, decried the “green religion” for its adherence to “green energy” which was neither efficient or environmentally friendly.

The pointed to the example of cobalt needed for an electric car, 90% of which “is mined from the Congo,” he said. “The miners in the Congo are black children who are slaves, who work underground, dealing with toxins and unsafe mines that collapse on them,” he said. “That is, to me, green murder.”

Plimer also raised concerns about Pope Francis’ environmental encyclical Laudato Si, due to its promotion of wind and solar energy, saying that the Pope’s advisors “are well known in the climate industry as being socialists who are pushing a certain agenda … these green activists have got into his ear rather than the Pope getting a balanced view on it.”

However, the left-leaning and pro-LGBT group Concerned Catholics Tasmania (CCT) attacked the archdiocese for its report on Plimer’s lecture, saying that it “denigrated scientific studies on climate change and questioned the validity of the science behind Laudato Si and the wisdom of Pope Francis in writing it.”

CCT wrote that the “prominence” given to the article “in the official publication of our Archdiocese” had “caused widespread concern for Tasmanian Catholics.”

CCT wrote to The Catholic Standard and Porteous’ secretary, saying that “Plimer is making a direct criticism of our Pope Francis’s teaching Laudato Si, implying that the Pope is oblivious to issues affecting the poor.”

“While he is entitled to his opinion, I do not see why what he says and writes should be given free rein in a Catholic Church publication, especially without qualification,” said CCT chairman Kim Chen.

CCT writes that its vision is “for an inclusive Church which welcomes all in the spirit of the Gospels, and in which the talents, gifts and wisdom of all Catholics, female and male, whether lay, religious or ordained, contribute at every level of participation and decision making in the Catholic Church in Australia.”

The group, officially formed in 2020, has a history of conflict with Archbishop Porteous. After he strongly condemned a working document for Australia’s “Plenary Council,” a meeting of the entire Church in Australia, as representing a Church “that has lost confidence in its identity and mission,” CCT wrote to the Australian Bishops’ Conference to complain.

Porteous’ concern about the working document “does not reflect the views of the faithful of Tasmania as our Archdiocese has not experienced an authentic synodal process,” wrote the CCT.

The CCT is also a member of the “Australasian Catholic Coalition for Church Reform,” which condemned the Vatican for its March 2021 statement that the Church cannot bless same-sex couples, calling the ban “ill-considered and ill-informed.”

The group also slated Archbishop Porteous for his defense of priests in seeking a conscientious objection to the abortion-tainted COVID-19 injections, arguing that the injections should be widely taken.