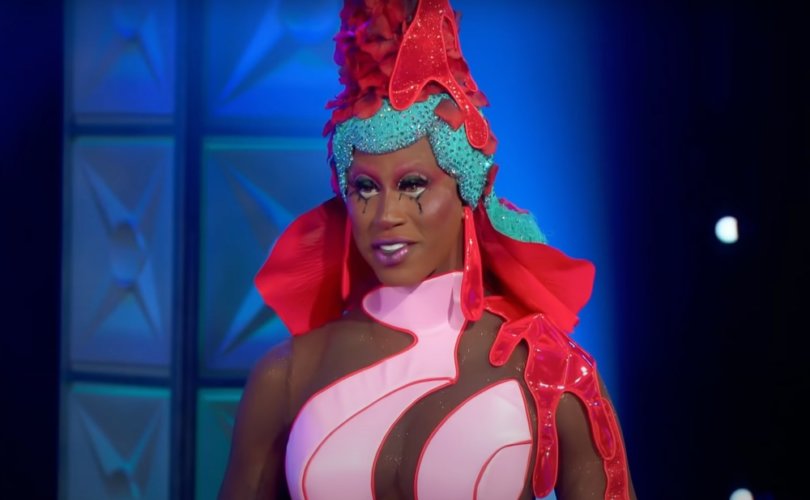 (LifeSiteNews) — Amid ongoing controversy over its stance on LGBT propaganda aimed at children, Disney just signed a drag queen to appear in its new Disney+ Marvel series about a teen superhero that is slated to come out next year.

In an exclusive interview with E! News, 33-year-old Jaren Kyei Merrell, who goes by the stage name Shea Couleé and has been featured on the drag queen series “RuPaul’s Drag Race,” raved about the opportunity to “push the needle forward” and promote drag in a “more mainstream avenue.”

RELATED: Pelosi applauds drag queens, says ‘your freedom of expression is what America is all about’

“I’m so deeply excited for everyone to see what this role is, what it entails and everything it is,” Merrell told the outlet.

During the interview, the man who has made a career of dressing as an exaggeratedly-sexualized woman told the outlet that Marvel has been very welcoming to him.

“Everyone at Marvel has been so unbelievably open and receptive to my experiences and my expertise about drag,” he said, adding, “they’ve allowed me to really come in to the MCU [Marvel Cinematic Universe] and put my very specific Shea Coulee print on the Marvel Universe.”

Merrell told the outlet that the series, which The Daily Wire emphasized will focus on a teenage superhero, will be “really impactful,” as well as “smart and creative and clever and funny, and sexy.”

Disney’s decision to sign a drag queen for a superhero series aimed at children is far from the first time the company has waded deep into radical and divisive LGBT politics.

The “family-friendly” company has been at the center of controversy for months after publicly denouncing Florida Republican Gov. Ron DeSantis’ “Parental Rights in Education” bill that forbids teachers from instructing young children about gender ideology.

As LifeSiteNews has extensively reported, Disney has steadily infused left-wing politics into its movies, shows, and series.

Recently, Disney’s stock plummeted 45% amid the major flop of its “Lightyear” film, which generated controversy for featuring a lesbian kiss scene.