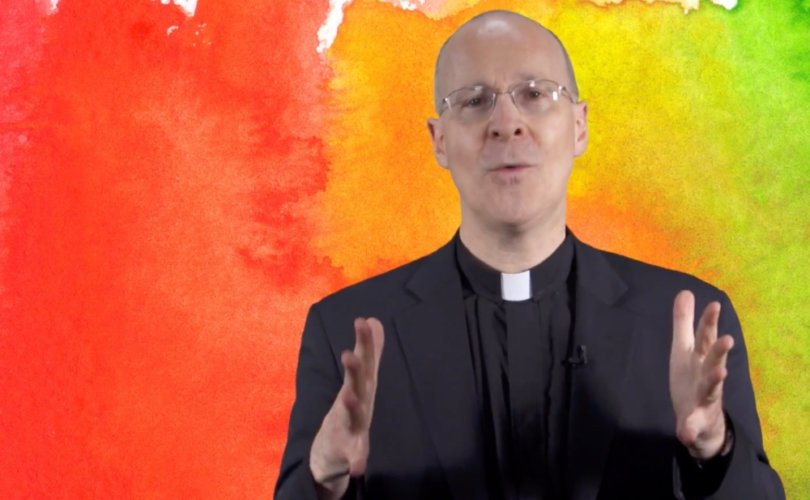 CINCINNATI, Ohio, March 13, 2018  (LifeSiteNews) – An upcoming pro-LGBT event at the University of Cincinnati has dropped the word “Catholicism” from its title after the local Archbishop issued a stern warning about the event to clergy.

Promoters of the one day symposium, formerly titled Building Bridges: A Dialogue on Faith, Catholicism, and the LGBTQ Community, are now no longer representing the event as Catholic.  Pro-gay Vatican consultant Fr. James Martin and dissident nun Sr. Jeannine Gramick are among the featured speakers.

In a March 9 letter addressed to “Fathers and Deacons” within his diocese, Cincinnati’s Archbishop Dennis Schnurr said, “To be very clear, despite its billing, the event is in no way sponsored by, sanctioned by, or associated with the Catholic Church.”

“In fact, one of the scheduled speakers has been ordered to not speak on behalf of the Catholic Church in the United States due to the grave error of her teaching,” continued Archbishop Schnurr, referring to Gramick.  “The Code of Canon Law (Can. 216) states in part that “no undertaking shall assume the name Catholic unless the consent of the competent ecclesiastical authority is given.”

“My permission was not sought in this case, nor would it have been given,” concludes the Archbishop.

The symposium’s title is drawn from the June 2016 book Building a Bridge by Fr. James Martin, who is calling for the Church to change it’s language about homosexuality, especially as found in the Catechism of the Catholic Church.

He has expressed his hope that in the near future same-sex couples will be able to “kiss” during the sign of peace at Mass. He has said that some saints in heaven are “probably gay.” He has dismissed Catholic teaching, saying God made homosexuals “who they are.”

Fr. Martin has been able to push his campaign against Church teaching on homosexuality to major media outlets as well as through his massive social media following. The book has been heavily criticized by Catholic leaders for seeking to open inroads to the normalization of homosexuality and transgenderism within the Catholic Church.

Archbishop Schnurr is not the first prelate to warn the faithful about efforts to normalize homosexuality within the Catholic Church.

Cardinal Robert Sarah, prefect of the Congregation for Divine Worship and the Discipline of the Sacraments, wrote in The Wall Street Journal last August that Fr. Martin's book has made him “one of the most outspoken critics of the church’s message with regard to sexuality.”

Others include Philadelphia Archbishop Charles Chaput, who criticized Fr. Martin for failing to be clear about the sinfulness of homosexual acts.

Earlier this year, Tradition, Family and Property (TFP), a lay Catholic group known for its fidelity to Church teaching on life, marriage, and family successfully campaigned to have a New Jersey Catholic parish cancel a talk offered by the pro-homosexual priest. Fr. James Martin went on the warpath against the Catholic group, slamming them on social media as “bullies.”

The lay group noted how the pro-LGBT priest acted like a “wolf in sheep's clothing” when it came to Catholic teaching on sexuality.

Gramick, co-founder of the pro-homosexual New Ways Ministry, has been disciplined by the Church for activities in defiance of Church teaching.