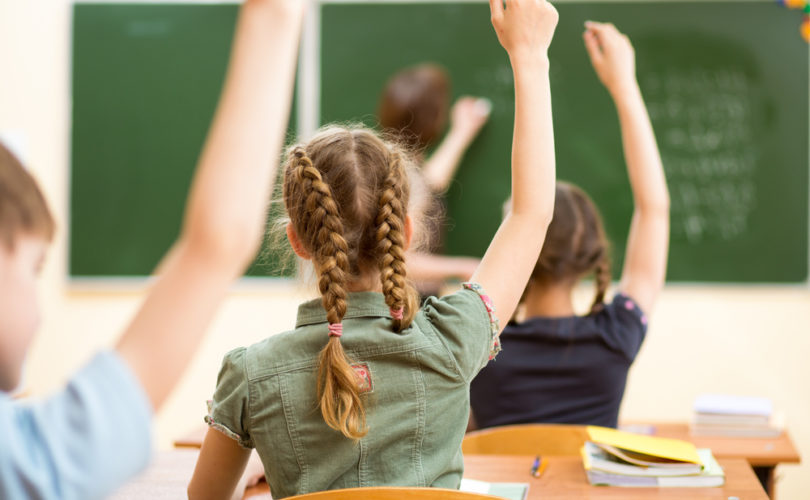 TUCSON, March 29, 2019 (LifeSiteNews) – A pair of pro-LGBT organizations have filed a lawsuit against a decades-old Arizona law that forbids public-school lessons on HIV and AIDS from including messages that endorse or promote homosexuality.

The law, enacted in 1991, allows “instruction to kindergarten programs through the twelfth grade on acquired immune deficiency syndrome and the human immunodeficiency virus” and provides guidelines for what such programs must include or avoid. Among those guidelines is a ban on instruction that “Promotes a homosexual life-style,” “Portrays homosexuality as a positive alternative life-style,” or “Suggests that some methods of sex are safe methods of homosexual sex.”

Equality Arizona filed a federal lawsuit Thursday against the law on behalf of an anonymous homosexual Tucson student, Tucson.com reports, with assistance from Lambda Legal Defense and Education Fund. The suit argues that the law “violates the Equal Protection Clause of the Fourteenth Amendment” by “singling out a class of students who are not heterosexual […] for negative treatment based on their sexual orientation, without imposing any comparable restriction on instruction about heterosexual people.”

Forbidding promotion of homosexual activity suggests “to teachers and students that there is something so undesirable, shameful, or controversial about ‘homosexuality’ that any positive portrayal of non-heterosexual people or relationships must be barred,” the suit claims. Lambda attorney Peter Renn also claimed that by not teaching methods of “safe” homosexual sex, the law deprives children of information “that could be potentially life saving.”

The suit alleges that the student, a self-declared “queer” twelve-year-old identified only as S.C., “was beginning to understand their sexual orientation” around age seven, “and learning about the law made them feel less accepted by their school.” By sixth grade, S.C. “experienced bullying from classmates” that led to frequent visits to the school nurse’s office, but “was not  supported by teachers or administrators when they shared what had been happening to them, and did not feel safe at the school as an LGBTQ person.”

The suit does not attempt to explain why a formal classroom endorsement of homosexuality would have been necessary to teach students that harassment for any reason is unacceptable, or how the policy is responsible for school staff’s alleged insensitivity toward a bullied student.

Nevertheless, the groups are asking for the offending statutes to be struck down and for state education officials to be barred from enforcing them. State superintendent Kathy Hoffman has already declared the law “harmful and wrong” and asked state lawmakers to repeal it.

Cathi Herrod, president of the conservative Center for Arizona Policy, responded by condemning bullying cases but declaring they can and should “be addressed individually.” She also noted that the law does not prohibit pro-LGBT or anti-bullying messages in other parts of the curriculum.

“The law being challenged only applies to instruction on AIDS,” Herrod said, the Arizona Republic reports. “It does not apply to any other classroom instruction or discussion. Because we are talking about the safety of our children, AIDS education must be based in fact.”

Arizona is just one of seven states with a ban on promoting homosexuality still on the books, according to the Associated Press.