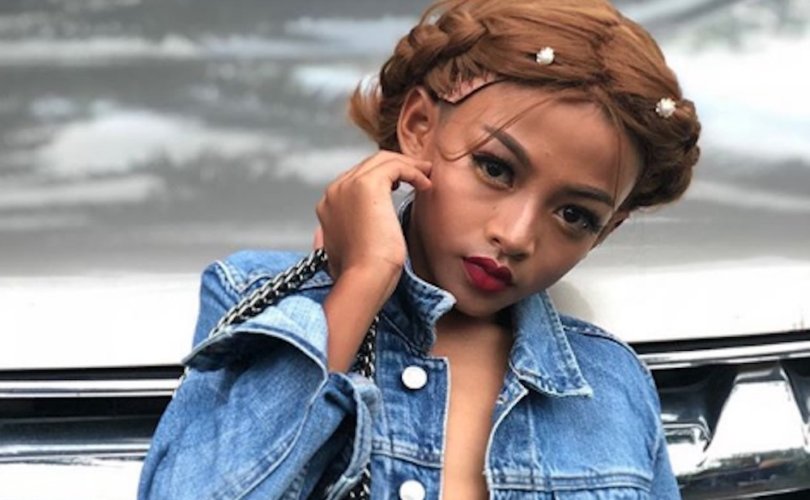 THAILAND, November 26, 2018 (LifeSiteNews) – Pro-homosexual media outlets are celebrating yet another prepubescent child for immersing himself in the hyper-sexualized world of drag.

Nes is a 12-year-old boy in Thailand whose early childhood curiosity with makeup served as a gateway to a drag career with his parents’ full support, LGBTQ Nation reported. Photographs of him in women’s clothing and makeup garnered an Instagram following of more than 300,000, invitations to red carpet events, and even some advertising deals with cosmetic companies that brought in enough revenue to buy a new home for his family.

“The child star is praised for his versatility and creativity when it comes to the looks he cultivates,” The Advocate’s Jessa Powers approvingly wrote. “Even though he's faced bullying from classmates, his confidence is clearly infectious.”

Gay Star News cheered the child’s story with the one-word sub-headline of “Slay!” The term is slang that can mean anything from thoroughly excelling at a task to “look(ing) sexy as f***.” In the queer context, a 2016 Advocate piece says “slay” was “coined by the African-American LGBTQ community, meaning to dominate, conquer, or take care of business.”

The boy’s Instagram page shows Nes wearing lipstick, fake eyelashes, and heavy eye liner, as well as women’s dresses, swimsuits, and other outfits. Nes is frequently seen in poses showing off bare legs and shoulders in ways that would be considered provocative if done by adult female models.

Other “drag kids” to become LGBT icons in recent years include 11-year-old Desmond “Desmond is Amazing” Napoles and nine-year-old Nemis Quinn Mélançon Golden, a.k.a. “Lactatia.” Both young boys have become media darlings for performing in sexually-tinged female attire, and both are hailed by pro-LGBT activists as icons for self-esteem, diversity, and gender fluidity.

Pro-family advocates, as well as some homosexuals who dissent from LGBT orthodoxy, argue that such children are being set up for emotional and psychological problems as they grow older, and their stories are setting a dangerous example for gender-confused children to endure the same.

Studies indicate that between 80 percent and 90 percent of children experiencing gender dysphoria outgrow it on their own by late adolescence, and that even full gender “reassignment” surgery often fails to resolve gender-confused individuals’ heightened tendency to engage in self-harm and suicide.

In September, Brown University behavioral scientist Lisa Littman published research indicating that 87 percent of the teens reviewed experienced some degree of peer pressure to question or “change” their “gender identity,” and that 63 percent of the teens had been diagnosed with at least one mental health disorder or neurodevelopmental disability before deciding they were a different gender.

“While they intend to celebrate the uniqueness of the child, they in effect steal the child’s innocence and impose an adult identity onto him, all to validate their own insecurities,” The Federalist contributor Chad Felix Greene wrote of Napoles and Golden’s examples. “We cannot stay quiet and allow more children to lose their childhood to the dreams of progressives who only imagine the future while failing to grasp the trauma they impose in the present.”