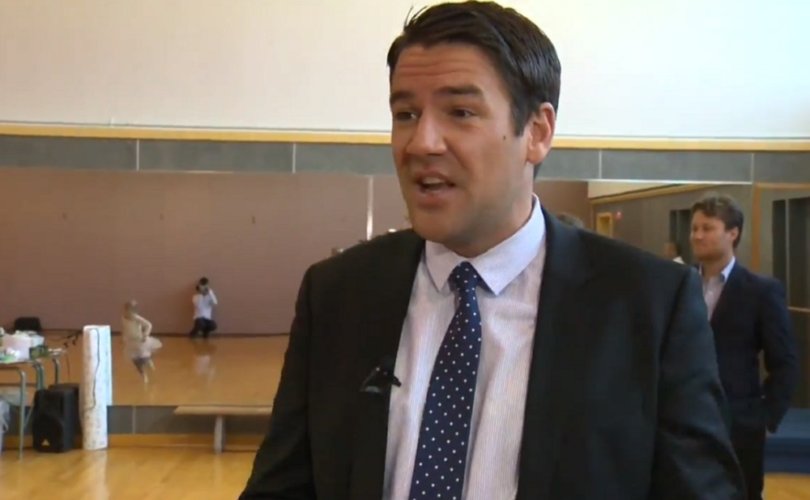 CALGARY, February 6, 2020 (LifeSiteNews) — A Canadian сity сouncilor has threatened to “bring teeth” if anyone practices “conversion therapy” in his city after the City Council voted unanimously to ban the practice, which helps those wanting to overcome unwanted same-sex attraction.

The City of Calgary’s Coun. Evan Woolley said the city will go after those who offer “conversion therapy,” saying, “We will bring teeth” and adding, “If you are practicing this in our city, we will come at you with everything that we’ve got.”

The Calgary City Council passed a motion (see page 801) titled “Banning Conversion Therapy” at a council meeting on Monday. The motion was first brought to Calgary City Council in mid-January, when the Council’s Priorities and Finance Committee unanimously voted in favor of proceeding with the motion. The ban means that organizations that offer any type of “conversion therapy” could face steep fines.

A bylaw is now being drafted to impose fines on anyone who offers or advertises any type of “conversion therapy.” The motion includes a request to the Canadian federal and provincial governments to put similar laws in place.

Critics say the move comes with potential consequences to the religious freedom of various groups whose faith teaches them that homosexuality is a disorder.

There was a small counter-protest against the motion at Calgary City Hall from members of Journey Canada. They said that while they are not outright opposed to the ban, the new bylaw’s wording should avoid language that could “infringe on religious freedoms.” The bylaw’s exact language will be discussed later in the year at a council committee meeting.

Journey Canada believes that marriage is between a man and a women, as said here on the group’s website: “To receive the gift of sex in a way that is most life-giving and joyful, it is reserved for marriage, which is undertaken by one man and one woman together as a life-long journey toward greater intimacy, mutual spiritual maturity, and self-giving love.”

Canada’s pro-life, pro-family organization Campaign Life Coalition holds that “conversion therapy” bans are a disservice to those with unwanted same-sex attraction who want legitimate help and that they also constitute a direct attack on religious freedom.

Calgary’s ban mimics what prime minister of Canada Justin Trudeau is hoping to achieve Canada-wide. He fully supports independent Senator Serge Joyal’s Bill S-202. This bill would make it an indictable offense, punishable by up to five years in jail, should anyone benefit materially or financially, directly or indirectly, from the provision of “conversion therapy” for anyone under 18 years of age.

Calgary joins other Alberta cities — Edmonton, St. Albert, Sherwood Park, and Fort McMurray — in banning “conversion therapy.” The southern Alberta city of Medicine Hat is also looking at a “conversion ban” of its own; however, there does not seem to be a consensus among its councilors.

Medicine Hat councilor Jim Turner was quoted as saying, “I honestly don’t think it’s a city issue. I think it’s better left to the province or federal government. It’s a question of how do you enforce it.”

Another Medicine Hat city councilor, Kris Samraj, said he feels that more study is required and that he is against banning faith-based counseling: “I don’t condone it, but it would really depend on the details.”

“If an adult wants faith-based counseling, I’m not in a position to tell them what to do.”

Alberta justice minister Doug Schweitzer promised in August of 2019 that his United Conservative Party government is against the practice. He said he will work with the Canadian federal government under pro-abortion prime minister Justin Trudeau to help come up with ways to ban it.

Until the Canadian federal government and Alberta provincial government officially pass such laws as a Criminal Code offense, which looks likely, there is not much leverage a city government can rely on in terms of full enforcement.

Even Coun. Woolley admitted that the “conversion therapy” ban is largely symbolic.