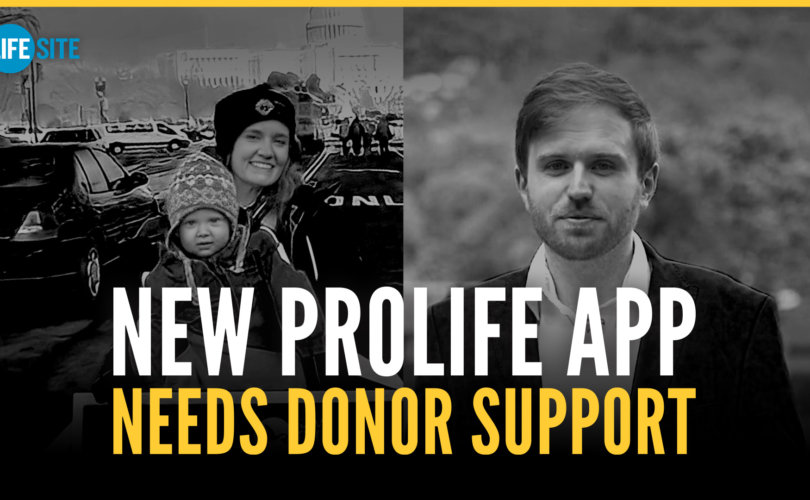 (LifeSiteNews) — LSNTV’s Tim Jackson recently sat down for an interview with Theresa Barbale, the Executive Director of Life Network of Southwest Florida. Barbale talked about the creation of MyMentor, a forthcoming pro-life app offering abortion alternatives and emotional support for struggling teenagers.

The development of MyMentor is a direct response to an app created by abortion giant Planned Parenthood called Roo. Barbale said that this app, peddled in schools around the country, targets teenagers and even children under the age of 12.

“Everything that Planned Parenthood can offer, in a nutshell, is that they want to confuse youth about their sexuality, get them addicted to sex,” she said. “They want them to be dependent on contraceptives, and they want them ultimately as clients for abortion, or they want their significant other as a client for abortion.”

Barbale believes MyMentor can counter the pernicious effects of the Roo app. Instead of sending young teenagers abortion bills, MyMentor will offer the locations of crisis pregnancy centers and other forms of help. Instead of chatting with a bot, MyMentor will give users the opportunity to talk with a flesh and blood human being.

Because Roo bills itself as an “emotional health” resource, MyMentor is doing the same. Barbale lamented teenage suicide rates that skyrocketed throughout 2020, adding that teenagers are clearly seeking emotional help more than ever before. She believes MyMentor would be of significantly greater help than Planned Parenthood.

“Kids are looking for social, emotional help, and they’re being turned to a Roo chatbot,” she said. “You don’t want kids who have emotional health issues to go to Planned Parenthood.”

Barbale has asked LifeSite viewers to help support her LifeFunder campaign to hire development staff and mentors for her app. Help launch MyMentor by clicking here.