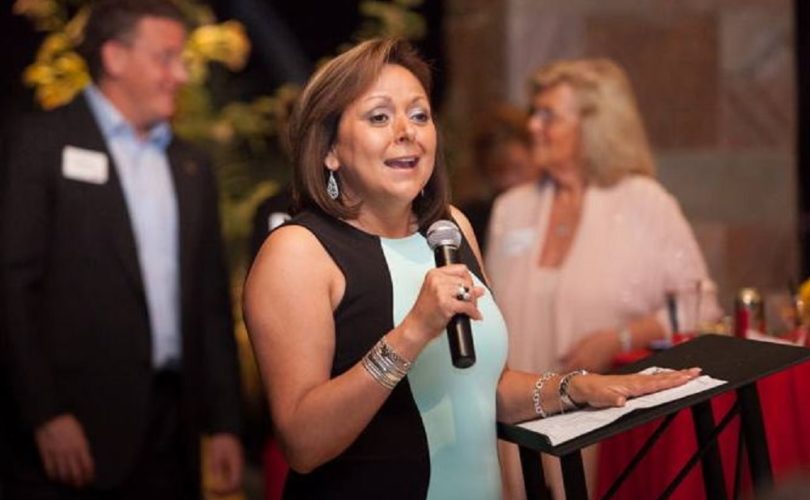 In a press release, Life Ministries NM announced it brought five years' worth of investigative videos to state legislators. Joined by approximately 100 people, they presented 45 minutes of video in a rotunda presentation they hope will inspire legislators to send pro-life legislation to the desk of Governor Susana Martinez.

“For five years, we have been calling on Governor Susana Martinez to use her investigative, executive, and administrative authority to investigate Southwestern Women's Options, Planned Parenthood, and the University of New Mexico Center for Reproductive Health abortion clinic,” said Fr. Stephen Imbarrato, who is associated with Priests for Life and is also the founder of Life Ministries NM. “She has not done anything, nor has she even uttered a word about the deplorable situation that is the late-term abortion capital of the country.”

The 45-minute video includes two 911 calls made from Southwestern Women's Options for women who were harmed by abortionists. In the video, Life Ministries NM says there were four total such calls made in a 15-month period at the clinic.

One patient at the University of New Mexico's abortion clinic stopped breathing, which caused the clinic to call emergency services. During the call, the woman can be heard moaning.

The first part of the video “blows the lid off of Albuquerque's late term abortion facility, Southwestern Women's Options (SWO),” according to the Life Ministries press release. “The fact that it is considered by the abortion lobby to be a Reproductive Health Clinic is disturbing since as you will see, they only provide abortions. They don't do well women exams, STD testing or even have the ability to detect a potentially life threatening ectopic pregnancy.”