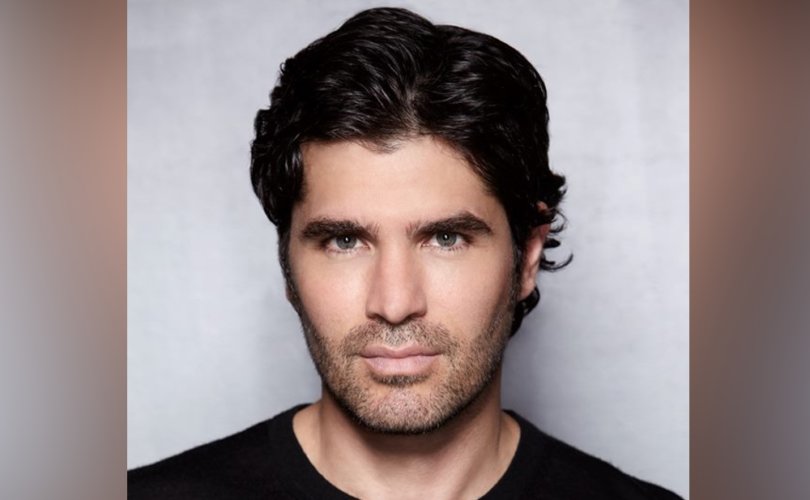 The designer of the statue, Mexican architect Fernando Romero, will represent Jesus Christ embracing his people. Some speculate that the statue could well become one of the wonders of the modern world.

Promoters say that the statue of Christ of Peace would represent “a message of faith, love, hope, and peace.”

In addition to the soaring statue, the architect and developers plan to turn the area into a bustling hot spot for pilgrims and tourists that would hold 10,000 people, along with a church, handicrafts market, restaurant, conference center, hotel, amphitheater, pilgrims lodging, cable car stations, and parking. Romero’s firm designed the airport at Mexico City.

The statue will be erected in Tamaulipas, one of the most dangerous states in Mexico, which has been riven in recent years by violent confrontations between security forces and drug dealers. The pro-life and Catholic actor is a native of the border state.

Verastegui plans to present his project to Pope Francis. While no details about the funding or projected costs of the project have been released, Church officials said that ground will be broken early this year.

Verastegui, 44, made a name for himself as a “heartthrob” model, singer, and actor in Mexico in the 1990s, where he starred as a romantic lead in several soap operas, and later immigrated to the United States to pursue a singing and acting career there. In 2002, the unmarried actor took a vow of chastity and has become an outspoken pro-life advocate. He founded Metanoia Films and has made several movies with Catholic themes, one of which earned a prize at the Toronto Film Festival. In 2006, he told LifeSiteNews that he had been living a “very impure life” and, despite his wealth and acclaim, was unhappy. Having been persuaded by a priest that monastic life was not for him, Verastegui was led to work within Hollywood on Christian themes.

He was mentioned in 2017 as a possible presidential contender in Mexico, despite his lack of political experience. Verastegui has been active in public affairs, however, having led a national act of “Redress, Reparation, and Consecration” for Mexico’s national sins, including abortion, in 2017. This featured a mass celebrated by Cardinal Juan Sandoval Íñiguez.