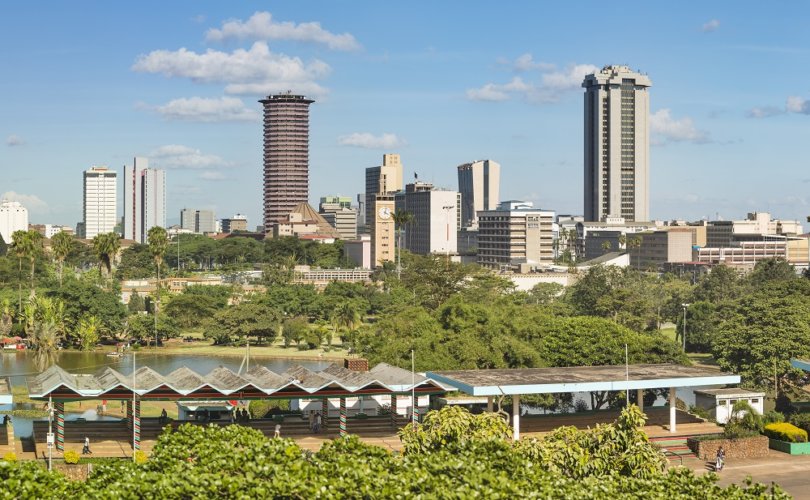 August 5, 2020 (Right to Life UK) — A Bill backed by major international abortion organisations, which would introduce abortion up to birth in Kenya, has been put on hold following pressure from pro-life advocates.

Kenyan-born Ann Kioko, who launched a petition against the proposed legislation, told the Shepherd last week that the Committee handling the bill had called her to say they were temporarily stopping debate on the Bill until “all the contentious issues were resolved through public participation.”

Ms Kioko said: “It is a half victory for pro-lifers… Now we need a united approach to present one common stand. What we are waiting for is the letter detailing the way forward.”

She added that the Senate had proved it had the interests of the nation at heart by suspending the bill.

However, citing a source in the Senate, she warned that proponents of the bill were lobbying for the legislators to reject any amendments to it.

“It is a continuous war. They may have a war chest to buy politicians but if we are united, we shall overcome,” she said.

Charles Kanjama, a lawyer and the chairman of Kenya Christian Professionals Forum, estimates it’ll be at least three months before the Bill can come back to the Senate for a Third Reading.

If it progresses past a Third Reading, the 349 MPs which make up Kenya’s lower house will debate and vote on the Bill’s fate.

Abortion for any reason, on-demand, up to birth

The Termination of Pregnancy section of the Reproductive Healthcare Bill outlines that abortion would be available without a time limit on grounds that “the pregnancy would endanger the life or health of the mother”.

While this language appears to provide abortion on only narrow grounds, in practice it will likely allow for abortion on demand to be available up to birth in Kenya through a broad interpretation of the term “health”.

International NGOs such as Ipas, who are backing this Bill, have used a legislation change model in a number of other countries where they have lobbied for a law change, which in practice introduces abortion on demand, for any reason.

This model involves firstly lobbying Governments to introduce new legislation with similar wording to that in the proposed Kenyan legislation. They have then placed themselves as key advisers on the roll-out of the new abortion service and associated standards and protocols across the country. In this position as a key adviser, they have then been involved with producing comprehensive guidance for the Government and healthcare providers which outlines that they must interpret language in the new legislation to allow abortion on demand.

For example, this model can be seen in operation in Ghana. In the current guidance on providing abortion services in Ghana it is not hidden that Ipas has been involved in writing the guidance, with the forward stating “This document has been put together by a team of national experts with technical assistance from Ipas and WHO, Geneva.“

The wording of the Ghanian legislation relating to abortion includes what appears to be similarly restrictive grounds for abortion “where the continuance of the pregnancy would involve risk to the life of the pregnant woman or injury to her physical or mental health”.

In the guidance, it specifically instructs healthcare professionals to take a very broad interpretation of what appears to be similar restrictive wording.

“Mental health refers to a state of emotional, psychological and social wellbeing and not merely the absence of disease in matters relating to mental function… No psychiatric assessment is required in order to obtain a legal abortion…. A woman’s social circumstances may be taken into account in assessing the current and future risks to her mental health.”

This guidance has, in practice, allowed abortion for any reason, on-demand.

In Kenya, without a time limit in the proposed legislation, a similarly broad interpretation would allow abortion for any reason, on-demand, up to birth.

Kiminini MP Chris Wamalwa has condemned the Bill for being “sponsored by [an] international organization”.

‘Every human being deserves the right to life’

Speaking against the Bill outside Kenya’s parliament buildings in Nairobi on 25 June, the lawmaker said: “life begins at conception and every human being deserves the right to life.”

Chris Wamalwa has previously told ACI Africa: “The Bill must come to the National Assembly; we shall kill it there.”

In a country where polling shows large majorities oppose abortion, this provision in the legislation forcing doctors to be complicit in the abortion process could have a very wide negative impact, forcing many health professionals to act against their conscience, or for a likely large group of health professionals who do not wish to be complicit in the abortion process, this would mean they face jail time.

According to a 2014 poll, conducted by Ipsos Synovate, 87% of Kenyans do not support abortion on demand.

These attitudes are validated by another poll, conducted by Pew Research, which showed 82% of Kenyans believed abortion to be morally unacceptable.

The Bill would also come at a large cost to Kenyan Government, as it specifically requires the outlay of national services providing ‘reproductive health care’ including abortion.

In addition to the financial cost, the Bill would place health services in Kenya, which are already operating under limited resources due to the coronavirus pandemic, under even more pressure at a time when they should be focused on saving lives.

In response to this pressure, and a call for more ventilators, the UK and Sweden dedicated more funding for abortion in Kenya and other African countries.

Pro-life campaigner, Ella Duru told Right To Life UK: “This is a brazen attempt by Western abortion organisations to impose abortion, for any reason, up to birth on Kenya.

“To have these well-funded overseas organisations spending lots of money to try and force abortion on Kenya when 87% believe it is morally unacceptable is a form of ideological colonialism.

“Cash rich donors from the West continue to exploit their privilege and position to offer abortion and family planning ‘services’ which are contrary to the pro-life values held by a large majority of African people.

“The Kenyan constitution, in Article 26, makes it clear that life begins at conception and should be protected under the bill or rights.

“Given that this Bill would deny unborn babies the right to life right up to the point of birth, this appalling Bill must be defeated by MPs in the National Assembly.

“If you are Kenyan please contact your local representative and detail that, rather than bring clarity to the constitution, this extreme Bill will introduce an extreme abortion law that is not in the best interests of Kenyans and the unborn.”

Kenyan-born Ann Kioko, who has launched a petition against the Bill, has previously spoken out on how abortion is pushed on countries in the developing world. Last year, the campaigner told delegates at the UN’s Protecting Femininity and Human Dignity in Women’s Empowerment event:

“Contrary to what the negotiators of some countries argue here or… push on countries in the developing world, a young girl in a village like mine…does not need policies that prioritize abortion. … It is time we brought the women in the grassroots to the table. They will tell you they don’t need abortion … to be empowered…

“(Women) need fully equipped health centers, they need good schools, they need clothing, they need food on their tables! They need electricity. And they need to be imparted with proper skills so they can be good career women. … I keep looking forward to that day the UN and those who are speaking and working for the women of the world will get the priorities of the women at the grassroots correct.”