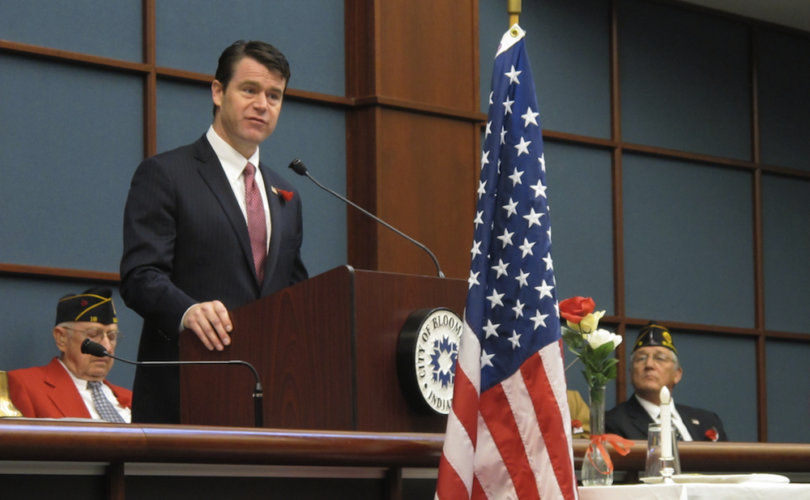 INDIANAPOLIS, Indiana, November 11, 2016 (LifeSiteNews) — In every one of the statewide races in which Indiana Right to Life made an endorsement, the pro-life candidate won on Election Day.

President-elect Donald Trump, who took the state with 57 percent of the vote, wasn't the only pro-life victory. In the U.S. Senate race, Republican Todd Young took 52 percent of the vote, defeating Democrat Evan Bayh. Young is a self-described “pro-life, pro-gun Marine who wants to repeal and replace ObamaCare.

Seven pro-life Republicans won seats in the U.S. House — several with as much as 70 percent of the vote. Only two pro-abortion Democrats will serve in the chamber from the Hoosier state.

In a tight race, pro-life Republican Eric Holcomb defeated self-described “pro-life” Democrat John Gregg for governor. Gregg used the Jimmy Carter line, claiming to be “personally” pro-life, but said often that he wanted a “truce” on social issues and admitted that he would have vetoed the pro-life bills signed by Gov. Pence, who is now the Vice President-elect. Gregg also said that while he was pro-life he supported 96 percent of what Planned Parenthood does.

Republican prosecutor Curtis Hill was elected Indiana's 43rd attorney general and the first African-American to serve the state in that position. Hill won overwhelmingly with 62 percent of the vote over Democrat Lorenzo Arredondo's 38 percent. Hill replaces two-term Republican Greg Zoeller, who did not seek re-election.

Though she was an incumbent viewed by many as an “up and coming star” in Indiana politics, Ritz was defeated handily by Republican challenger Jennifer McCormick.

Pro-abortion politicians gained one statehouse seat near Chicago, but that gain was considered a washout because they also lost a Senate seat.

Micah Clark, executive director for the American Family Association of Indiana, summed up the sweep, telling LifeSiteNews, “The pro-life movement was strengthened in Indiana with this election, just as it was all across America.”

The pro-life leader added that at least in Indiana, being a pro-life Christian is no detriment to public service.

“One of the best things to happen this election for pro-life Hoosiers is that the constant media narrative over the last three years of attacking Governor Mike Pence for being a social conservative as a pro-life Christian, which the Democrat candidate for governor wholly embraced and perpetuated, fell completely flat with voters on Election Day,” Clark told LifeSiteNews via email.