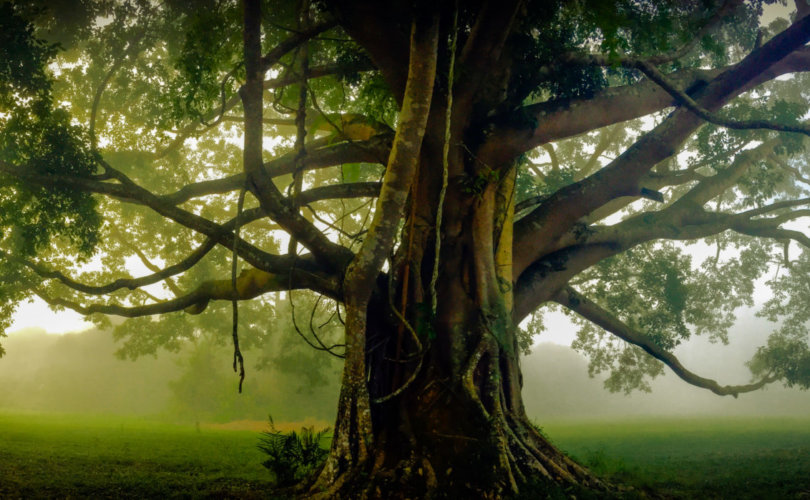 April 17, 2020 (LifeSiteNews) – The John Paul II Academy for Human Life and the Family wishes to communicate that Catholics and all reasonable men and women must beware the infiltration of a pagan, earth-centered New-Age sentiment subtly making its way into certain levels of our culture.

The present-day proponents of the primitive belief in an “Earth Goddess” have advanced their once simply ecological obsession to a personalization of their ‘deity’ and various agents have innocently and not so innocently provided echo of this archaic religion.

The idea that “Gaia”, Pachamama, the Earth, is “angry” and punishing humanity for the felling of trees and pollution of various kinds is a backward step into the paganism which once held mankind in slavery.

Man, submitted to God, is the pinnacle of creation. The earth was created as a stage on which men were to be tested.  It is not an end in itself.  To speak of it as such is childish anthropomorphism. To impute to it human characteristics such as  the earth “feels”, or the earth “heals” leads to the belief that the inanimate earth and the beauty of nature blooming upon it has a spirit of its own.  This is tantamount to a retreat into the pagan worship of things.

“That men should die so that earth could be reborn”, which is the implicit message in an article, recently and briefly appearing on the Vatican website, is akin to celebrating human sacrifice to placate pagan gods angered by man's abuse or inattention, in this case the goddess Gaia.

It is immensely sad that Pope Francis should have encouraged this worldview by speaking of the “earth having a fit” or being angry, while simultaneously denying that God’s Justice includes the punishment of Hell so clearly forewarned by Our Lord.

The Church founded by the Risen Christ, Jesus, believes as always in the Last Judgement and in the Mercy of God, who does most certainly send calamities as warnings to His children on earth.