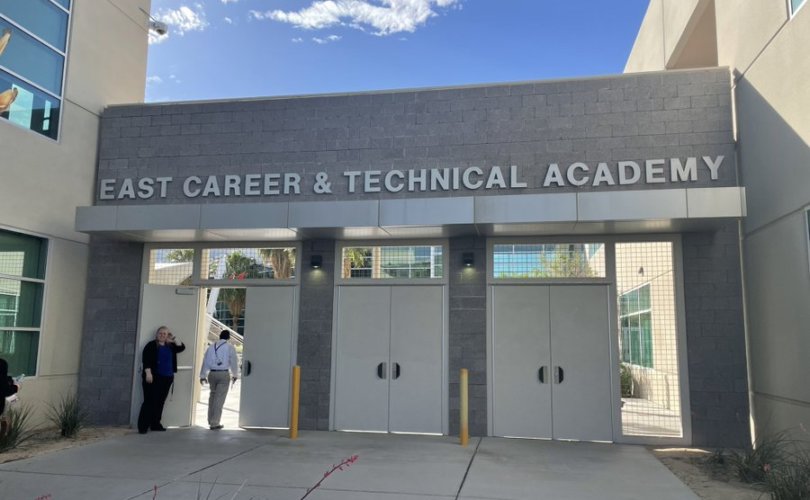 (LifeSiteNews) — Students in Nevada are suing their high school for discriminatory behavior against their pro-life club, saying that the school “made no effort to disguise its antipathy toward (the group’s) pro-life message.”

The lawsuit on behalf of students at the East Career and Technical Academy High School in Las Vegas against the school and the district alleges discriminatory behavior against the pro-life club. The students said the school was purposefully suppressing and mitigating the club’s efforts to spread the pro-life message, thus violating their First Amendment rights.

“We witnessed a lot of animosity from the administrators who I would argue did not like the pro-life message, and so they tried to suppress it as much as possible,” said Felipe Avila, a recent high school graduate who founded the school’s pro-life club in 2019.

Avila said the pro-life club had experienced a lot of discrimination in regard to their material, whichi includes flyers that the school would often stop from being distributed.

“One of the biggest aspects that we’ve had to encounter was we’ve received a lot of flyer denials,” Avila said. “A lot of it sometimes came from the fact that it was either deemed too controversial because it said pro-life messages, or they just flat out refused to give us a yes or no answer.”

The club said that the school often discriminated against their club, banning them from printing certain things in their flyers while at the same time allowing other clubs to print and distribute their material. The pro-life club said that they were not allowed to include references to outside organizations, such as pregnancy resource centers or adoption agencies, even though other groups were allowed to include material that promoted other organizations.

The Thomas More Society filed a federal lawsuit against the district, the school, the superintendent, and several of the school’s administrative staff on behalf of the Students for Life Club, Avila, and the club’s former vice president, Janelle Rivera.

According to the lawsuit, the district has a “prior history of violating the statutory and constitutional rights of students with a pro-life viewpoint.” The lawsuit cites a case in 2015 where the district refused the requests of students from West Career Technical Academy Secondary School to start a pro-life club.

A spokesperson for Students for Life of America said in an interview with Fox News that the issue is not an isolated event.

“In many schools, the suppression of free speech can be seen in endless delays and a slow walk to nowhere,” the spokesperson said. “For that Las Vegas school, there seemed to be as many excuses as cards in a deck. But if you can’t use your free speech rights, you don’t really have free speech rights, which is why we have filed this complaint.”