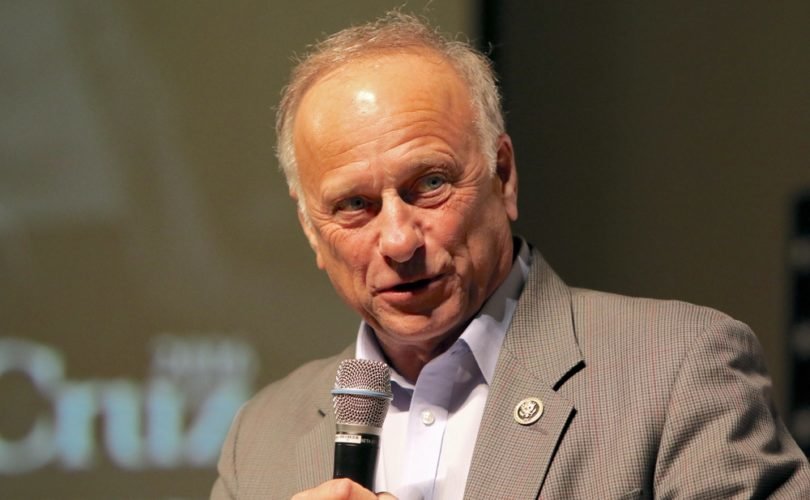 WASHINGTON, D.C., January 12, 2016 (LifeSiteNews) – A leading pro-life congressman said today that there will be at least three empty seats at tonight's State of the Union address.

In a press release, Congressman Steve King, R-IA, said that in addition to the gallery seat left empty by President Obama in honor of victims of gun violence, “There will be another empty seat in the gallery during Obama’s last State of the Union address. I have reserved it to commemorate the lives of more than 55 million aborted babies, ‘the chorus of voices that have never been heard in this world but are heard beautifully and clearly in the next world.’”

“My seat on the floor of Congress will also be empty,” said King. “I will be in the Member’s chapel praying for God to raise up a leader whom he will use to restore the Soul of America.”

“The first tears we have seen him shed in seven years were for the victims of the tragic Sandy Hook School shooting,” King noted. “As far as we know, Obama has never shed a single tear for even one of the more than 9 million babies aborted under his watch. He is the most pro-abortion president ever.”

King said he was “sickened… by a president who would veto the Born-Alive Abortion Survivors Protection Act, H.R. 3504 that would protect the lives, at least of those who survived the attempt on their lives, by abortionists.”

Yesterday, Senator Ted Cruz, R-TX, promised that he himself would leave a seat open for abortion victims at the State of the Union address if he is elected president. King has endorsed Cruz for president.