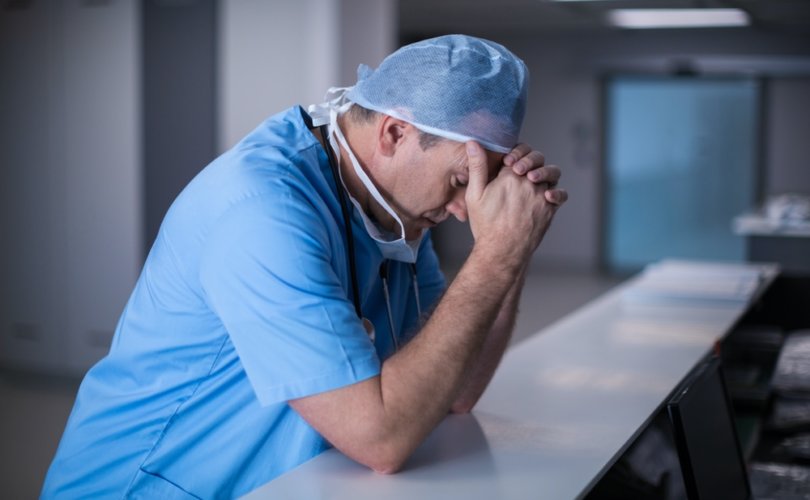 But the Alberta legislative assembly as a whole could still vote to nix the committee’s recommendation and allow Bill 207 to go for second reading.

In light of that possibility, pro-family groups are urging Alberta voters to keep pressure on their MLAs and Premier Jason Kenney.

The standing committee on private member’s bills voted eight to two to recommend Bill 207 not be considered for second reading after hearing delegations from the Trans Equality Society of Alberta, and Dying with Dignity Canada, as well as physicians Ramona Coelho, Leonie Herx, Kiely Williams, and Jillian Ratti.

Alex Schadenberg of the Euthanasia Prevention Coalition said opposition to the bill was “all lies” and that the pro-death lobby stoked baseless fears Bill 207 would impede access to euthanasia and abortion.

That was echoed by Glasgo, MLA for Brooks-Medicine Hat in a Facebook post vowing to keep supporting the bill.

“I do find it unfortunate that some have attempted to fear monger on conscience rights,” she said.

Indeed, Dr. Ratti claimed to the committee that the bill “is motivated by anti-abortion groups, some of which are likely foreign-funded” and was a veiled attempt to reopen the debate on abortion, the CBC reported.

“We shouldn't be talking about abortion rights in Alberta,” Ratti said. “This is a very political thing and a very cynical thing and it is not about physicians.”

Bradley Peter, a Dying with Dignity board member, likewise claimed Albertans would not be able to find a doctor to kill them if the bill passed.

Moreover, Alberta Medical Association president Christine Molnar alleged in a letter to UCP Health Minister Tyler Shandro that “the bill may have unintended consequences in limiting patient access to services.”

But Williams has insisted the bill would not affect access to medical services.

He said he’s heard legitimate fears of doctors that they will be forced to choose between a career in medicine or following their conscience, given that Ontario courts upheld a provincial policy requiring objecting doctors give their patients an “effective referral.”

Moreover, Williams has worked with the College of Physicians and Surgeons of Alberta to bring forward amendments if his bill proceeds, Glasgo pointed out.

“The College has said that ‘based on the new wording, Bill 207 would not change how CPSA functions as a regulator,’” she said.

“It is my belief that Bill 207 provides necessary protection for medical professionals on matters of personal moral conviction and respects their Charter rights,” she said.

“No less than former Supreme Court of Canada Justice John Major has stated that Bill 207 is valid legislation that embraces the Charter rather than breaches it,” Glasgo added.

Committee chair Mike Ellis is expected to make a motion next Tuesday afternoon asking the legislative assembly concur with its recommendation to kill Bill 207.

However, if one MLA stands and requests a debate on the concurrence motion, the assembly will have an hour to do so but not that day.

The debate would likely take place December 2, and it’s possible a majority of MLAs could vote to ignore the committee’s recommendation and allow Bill 207 to proceed to second reading, where it can be amended.

“I am thankful that this right is being afforded to us as MLAs. I respect my fellow United Conservative MLAs ability to freely vote on Bill 207, even if we disagree on this particular piece of legislation,” she said.

“I am confident that, especially with the proposed amendments, this can be a unifying piece of legislation that protects conscience rights for medical professionals without compromising the care that Albertans need and deserve,” Glasgo wrote.