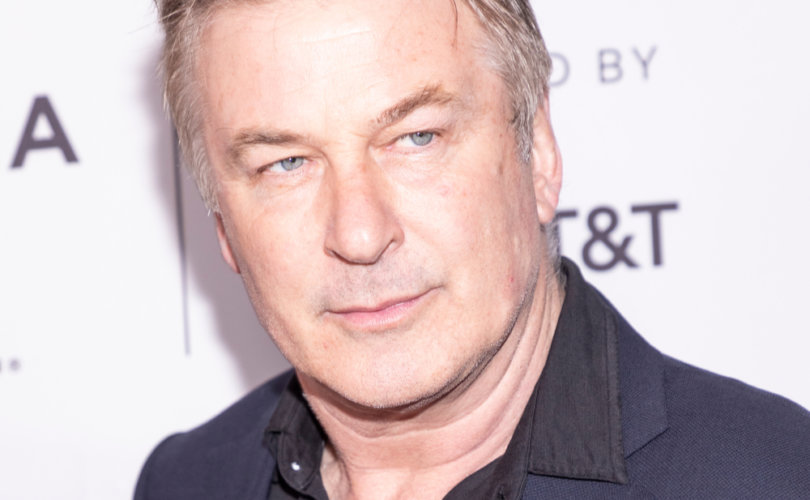 (LifeSiteNews) – Pro-life American actor John Schneider of “Dukes of Hazzard” fame blasted what he called the hypocrisy of known anti-gun actor Alec Baldwin, who last week while filming a movie accidentally shot and killed the film’s cinematographer with a firearm.

“I’m not going to make a pro-abortion film, I would never make a pro-abortion film. So why on God’s green earth would Alec Baldwin make a pro-gun film, or a film that glorifies guns in any way? I’m a firm believer in the Second Amendment. I am a deputy sheriff; I have guns and I will travel. But I would not make a film or be part of a film that at its core expressed views and opinions that I am at odds with, in my soul,” Schneider said in a video posted to his YouTube page on October 26.

On October 21, while shooting the western-themed movie “Rust” in New Mexico, Baldwin discharged a firearm with a live round in the direction of cinematographer Halyna Hutchins while filming. She died as a result of the incident, which also injured director Joel Souza.

“Let’s remember that in this scenario, Alec wrote, co-wrote, produced, executive produced, but his company is the production company of Note, and starred in this film that apparently glorifies guns,” Schneider said of Baldwin.

“If that’s not the very definition of hypocrisy, I don’t know what is. This event, I refuse to call it an accident because gross criminal negligence, I don’t believe should be classified as an accident, could have and should have been avoided,” Schneider said.

“We should not be hearing anything about this because it should never have occurred, especially at the hand of an uneducated, gun-toting Second Amendment enemy. Consider that. Give me an answer, give me your opinion. I’d appreciate it. Thank you.”

The Santa Fe County sheriff is now investigating the shooting incident but has said that the film’s  armorer, Hannah Gutierrez Reed, and assistant director David Halls are the main focus of the investigation.

The film “Rust” seems to have been plagued by many issues surrounding its production. Indeed, accidental discharges of firearms appeared to have happened on set before the fateful October 21 incident that killed Hutchins.

Gutierrez Reed blamed rushed conditions on the set of what was a low-budget film for the accident, according to Fox News.

Gutierrez Reed also said that she disputes a claim that live rounds were used for target practice.

Schneider is best known for playing “Bo Duke” in the 1980s hit TV series “The Dukes of Hazard.”

He became an active Christian in the 1980s and since that time has been outspokenly pro-life, having starred in and made himself many pro-family and pro-life films.

Schneider played U.S. Supreme Court Justice Byron White in the recent film Roe v. Wade. White along with Justice William Rehnquist were the only two justices to dissent with the 1973 ruling that legalized the killing of the unborn in the United States.

1
A legacy of scandal: Pope Francis says he has ‘carried out’ plans laid during ‘pre-Conclave meetings’
2
Top scientist slams corruption in academia after medical journal retracts his study on COVID shot dangers
3
Abp. Viganò: Global liberalism and Communism are destroying the Church and society from within
4
Mass hypnosis: why can’t people see through the COVID deception?
5
The truth about why Trudeau invoked the Emergencies Act may lead to his resignation
Subscribe to Daily Headlines »