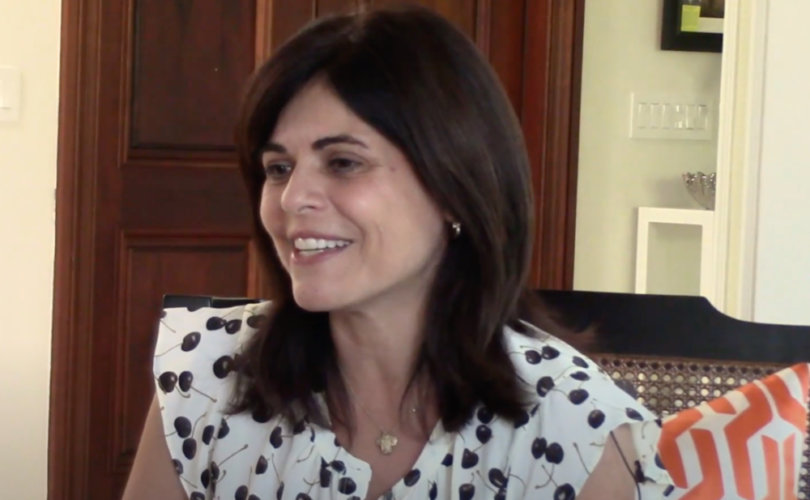 (LifeSiteNews) — On Tuesday, Fox News published an article written by a Catholic, pro-life medical doctor who shared how the overturning of Roe v. Wade helped her “littlest patients.”

Dr. Grazie Pozo Christie, Policy Advisor for The Catholic Association and a radiologist near Miami, wrote about how her medical practice has changed since the Supreme Court overruled its longstanding legislature on abortion and reflected on her gratitude for practicing in Florida, a state which is more likely to enforce pro-life laws than others.

“The overturning of Roe v. Wade has suddenly given my littlest patients a chance to acquire some measure of legal protection,” Christie writes in the article. “In states where the public deeply values the dignity of unborn children, the laws will be allowed to reflect that judgement.”

Despite an attempt to prevent the law from taking effect following the Dobbs decision, Florida successfully enacted its ban on abortions after 15-weeks earlier this month. Previously, the state had a ban after 24-weeks gestation in place, an age at which “it is widely accepted” that the unborn baby feels “the terrible pain of dismemberment,” Christie writes.

“Dobbs has sharply shifted the outlook for unborn children in Florida,” she continues.

Today, when I evaluate a 16-week-old female fetus, she cannot be destroyed simply for being the ‘wrong’ sex or because her conception was poorly timed. Or a 22-week-old fetus cannot be painfully aborted for having a cleft lip or the extra chromosome that results in Down syndrome. All thanks to the end of Roe.

Christie addresses the arguments claiming that limited abortion access endangers women’s healthcare, saying that “there is no abortion law in any state in America that prevents lifesaving treatment for women.”

Since the issue of abortion was returned to the states, pro-life medical doctors have publicly reacted to and defended the decision. A day after Roe was overturned, NPR hosted a board member of the American Association of Pro-Life Obstetricians and Genecologists (AAPLOG) to hear the pro-life response. AAPLOG has also been actively fighting to inform the public of the dangers of at-home chemical abortions.

Christie explains that miscarriages and ectopic pregnancies are not impacted by any new legislature and that each abortion ban or restriction allows for the baby to be separated from the mother if the woman’s life is in danger. She also points out that complications later in the pregnancy, such as pre-eclampsia, do not leave abortion as the only option. The baby can be delivered and given a chance to survive.

— Article continues below Petition —
Parents' Pledge: We will pull our children out of explicit sex-ed classes
Show Petition Text
3639 have signed the petition.
Let's get to 4000!
Thank you for signing this petition!
Add your signature:
Show Petition Text

Although Florida and other more conservative states have implemented wide-reaching abortion bans or restrictions since the Supreme Court’s decision last month, there are still many which are fighting to protect a woman’s “right” to kill her unborn child.

According to LifeSite’s interactive map of statewide abortion laws, access and legality of abortion procedures varies across the country. The legislature ranges from complete abortion bans throughout pregnancy to legal abortion on demand up until the moment of birth, in places such as Oregon. Christie emphasizes that California’s abortion access follows a similar structure.

“As a physician who evaluates pregnant mothers and their children, I’m glad I’m practicing in Florida and not California,” she writes. “The law is a teacher, and the stronger the protections for the unborn in the law, the more the public grows in its understanding of the inherent dignity of my tiniest patients.”

Florida governor Ron DeSantis and his team are actively pursuing further protection of the unborn in the state.

“To me, it’s long been clear,” Christie concludes her article. “The gently grasping hand, the lips that pucker and sometimes lift in a smile, the tiny feet that the baby plants on the wall of the uterus to achieve a leisurely stretch—all these are the tender signs of humanity clamoring for our compassion.”