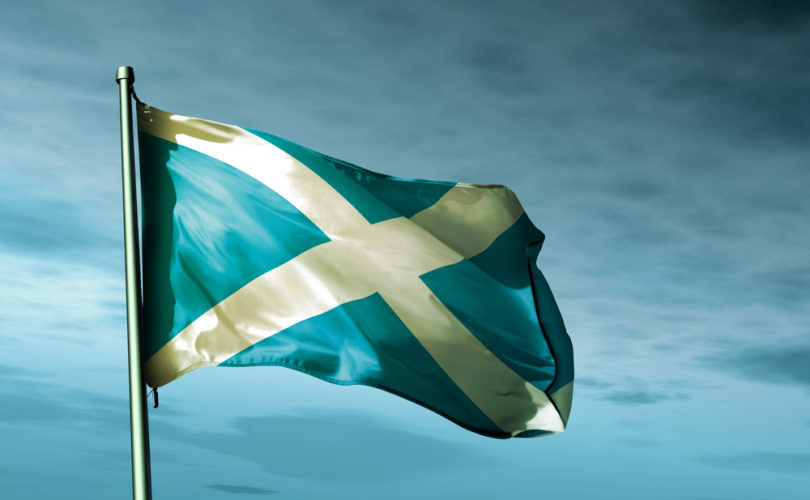 May 22, 2019 (Society for the Protection of Unborn Children) — Pro-life campaigners have voiced their disappointment after three judges backed the Scottish Government's controversial plans to allow DIY abortions at home.

And they will now take time to consider the verdict and assess if they can continue their legal battle.

One option now might be to take the case to the UK Supreme Court.

We are greatly saddened by this decision. We have been convinced all along that the policy decision by the Chief Medical Officer and Scottish Government was illegal as well as detrimental to the well-being of women in our country. Women should not be facing the mental anguish that accompanies DIY abortions, nor any abortion for that matter.

However those concerns have not been upheld by the judges.

We felt compelled to act on our profound concerns over this policy and bring this legal challenge. Our supporters made that possible and there are so many of them who retain a conviction that women deserve better than abortion and that right to life has to be defended for every person.

This decision may be the loss of one battle but justice and reason will continue to motivate us to continue our efforts.

Scotland will be a better country when it supports pregnant women and when it values life in the womb. Pregnancy is a special time when we should be putting resources in to ensuring the well-being of mother and child.

It has shocked us that the health of women could have been neglected in such a cavalier manner just for the sake of satisfying a radical pro-abortion agenda. This is just what the promotion of DIY abortion has done.

We have always been motivated by concern for the women who undergo abortion as well as our concern for the right to life. But we had hoped that the rule of law would at least hold the aspirations of pro-abortion forces at bay. It is difficult for us to see how having an abortion at home can possibly satisfy the legal requirement for medical supervision.

Also the restriction required in law on places where abortions can take place seems difficult to square with the permission to have any home approved as an abortion premise. We will study the judgement very carefully and assess our options for moving forward.

Following a two day hearing at the Court of Session, in Edinburgh, Lady Wise decided in favour of the CMO'S proposals.

But in April that decision was subjected to a two day appeal hearing in Edinburgh in front of three judges — the second most senior judge in the country the Lord Justice Clerk Lady Dorrian, sitting with Lord Menzies and Lord Brodie.

Their verdict has endorsed the decision by Lady Wise.

SPUC has been fighting  the case on two main grounds.

The Society argues that taking  an abortifacient (abortion causing) drug at home “is not consistent” with the Abortion Act of 1967 which demands the presence of medical, nursing or clinical staff.

They also argue that the 1967 Act lays down specific rules for approved places where procedures can take place and their legal advice stated that the law “was not intended to allow abortions to take place at home”.

For the sake of women's health and the universal right to life we cannot stand idly by whilst such a detrimental measure is implemented in the name of health care.