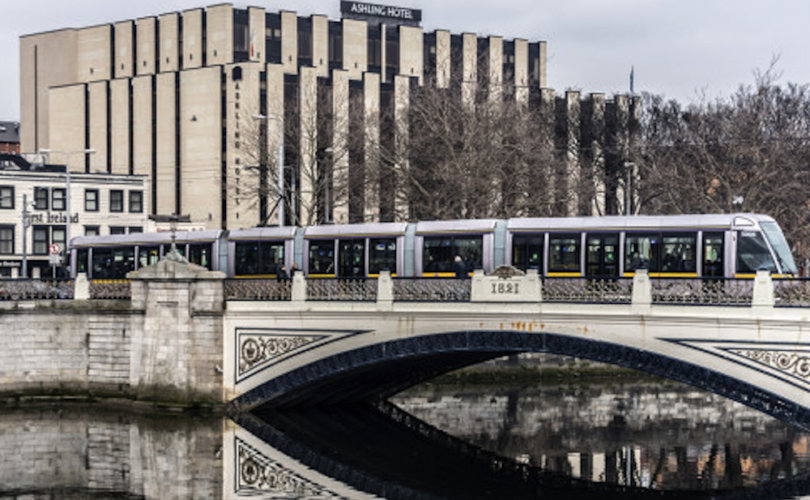 Update September 27, 2017: The HLI conference is scheduled for Saturday, not on Thursday, as LifeSite originally reported.

DUBLIN, Ireland, September 26, 2017 (LifeSiteNews) — A major pro-life event has been moved to another venue after a hotel/conference center received so many threats of violence from pro-abortionists that management was forced to cancel.

The Catholic Herald reported that the Ashling Hotel in Dublin told Human Life International (HLI) that it was concerned for the safety of participants and guests and would have to cancel its pro-life conference scheduled for Saturday, September 30.

But HLI found another location. The conference, featuring a world-renowned researcher and top breast cancer surgeon, is now scheduled on the same day, but at the Spencer Hotel in Dublin.

Pro-abortionists in Dublin had mounted a serious intimidation campaign against the Ashling Hotel. After receiving violent threats via email and social media, the hotel manager called HLI executive director Patrick McCrystal to cancel.

The manager told McCrystal that he received 50 pages of threatening messages over various media and that a Facebook page against the conference had been set up. Abortionist supporters also came to the hotel to threaten a protest demonstration unless the hotel canceled.

The threats, “diatribes” and “intimidation” bothered the hotel staff enough to make the manager cancel “in the interest of health and safety of his staff.”

“This is REALLY about our freedom to live and act as Roman Catholics in Ireland today,” McCrystal told LifeSiteNews. “Even more fundamentally, in one way, it’s an attack on God. Pope John Paul II told us ‘Whoever attacks human life in some way attacks God himself.’“

The tactics are “yet another example of censorship and is an attack on free speech,” McCrystal said. “Who decides who may speak in Ireland? This is an attack on the very foundation of democracy in our country.”

“It is a chilling example of where our country is heading,” McCrystal added. “Ireland as a nation in truth needs to repent and turn back to God and His merciful love. Biblical history tells of dire consequences when the people of God refuse to turn away from false Gods and back to him.”

Dr. Angela Lanfranchi and professor Priscilla Coleman are to speak on the scientifically discovered link between abortion and breast cancer, as well as abortion’s emotional effects on women.

Dr. Lanfranchi is a breast cancer surgeon in New Jersey and co-founder and president of the Breast Cancer Prevention Institute. She has traveled throughout the world speaking at universities, medical schools, and cancer organizations, including the United Nations, about breast cancer.

Coleman teaches human development and family studies and has published more peer-reviewed articles on the mental health implications of abortion than any other researcher in the world. She speaks all over the globe on the findings of her 50 peer-reviewed studies.

Coleman also serves on the boards of five international psychology and medical journals.  She has testified before the British Parliament, before the U.S. Congress, and before the United Nations. Her most recent study, published in the British Journal of Psychiatry, is the largest study in the world on the mental health effects of abortion, involving more than 800,000 participants.

Both Dr. Lanfranchi and Prof. Coleman were featured in the 2016 multi-award-winning documentary “HUSH.”

“These women are highly respected in their fields,” McCrystal said. “Yet an angry mob has decided that only certain voices are allowed to be heard in Ireland.”

McCrystal said God used the setback for greater gains for Ireland. “People are aghast that bullying is resulting in free expression of opinion being denied to those who want to hear,” he told LifeSiteNews via email. “This is helping our influencing the situation here to make it harder for Minister of Health to legislate against us.”

The original conference date was scheduled on the same day as a pro-abortion demonstration in Dublin, dubbed the “March for Choice.” Ireland has a national referendum on abortion next year.