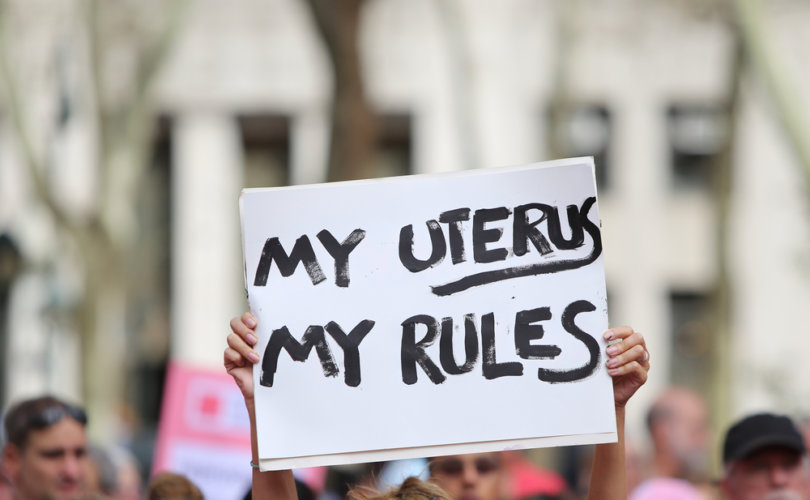 (LifeSiteNews) — While nearly half of Canadians support placing at least some limits on abortion, Canada’s leading pro-life group says the large support for aborting babies at any stage of pregnancy shows Canadians are “ignorant” when it comes to defending the life of the unborn.

According to a new Angus Reid poll, while 49 percent of Canadians say they support at least some limits on abortion, a majority 52 percent say they are in favor of abortion at any point of pregnancy.

Broken down, the polls shows that 8 percent of Canadians say they are 100 percent pro-life, with 41 percent saying they support limits on abortion but would not call themselves 100 percent “pro-life,” identifying instead as “in between” pro-life and pro-abortion.

For the “in-between” respondents, 36 percent said abortion is okay but only until week 15 of pregnancy, with 23 percent saying it’s okay “after heartbeat but before viability – about 24 weeks.”

It is worth noting that one third of the “in-between” group selected “Not sure/Can’t say” when asked specifically where the line should be drawn.

Reacting to the poll, Campaign Life Coalition (CLC) Director of Communications Pete Baklinski told LifeSiteNews that what the Angus Reid poll shows more than anything is how “ignorant Canadians are when it comes to the life of the preborn human person in the womb.”

“The preborn are humans who deserve love, respect, and protection, from conception onward. They don’t magically become ‘human’ or ‘persons’ at birth. They are human, an unrepeatable person, from the first moment of their existence,” said Baklinski.

In addition to asking Canadians for their views on abortion, the poll inquired about religious beliefs, finding a strong correlation between faith and being pro-life.

Of those who said their faith was “important” to them, being “completely pro-life” was the number one response at 40 percent. An additional 39 percent said they support at least some restrictions on abortion, with only 21 percent saying they support abortion outright.

A child in the womb ‘deserves to live’

Speaking to the issue further, Baklinski told LifeSiteNews that a child, no matter their age in the womb or where they are from, “deserves to live.”

“No child deserves the death penalty because they may be ‘unwanted’ by their mothers, or because a woman falsely believes that her exercise of ‘choice’ allows her to dominate and even annihilate others smaller than herself,” Baklinski told LifeSiteNews.

Baklinski urged Canadians to “wake up to the reality of the human child living in the womb.”

“It’s time for them to see what ‘choice’ really means, namely, the dismemberment, disembowelment, and decapitation of the smallest members of the human family,” lamented the pro-lifer.

“When the mask of choice is ripped away, and the horror of abortion exposed, would a poll find anyone supporting it? I doubt it,” he added.

The Angus Reid survey was completed in light of the U.S. Supreme Court vote which overturned Roe v. Wade earlier in the year. It was done in late August and surveyed 1,805 Canadian adults. Of note, the survey only selected from those who are members of Angus Reid’s Forum.

Abortion in Canada, unlike in the United States, exists in a legal vacuum since being decriminalized in 1969.

The 1988 Morgentaler decision saw the Supreme Court of Canada throw out the 1969 abortion law on the basis that it was unconstitutional. Since then, there exists no federal law regulating abortion, and thus the practice is permitted through all nine months of pregnancy. .

As Baklinski has previously noted to LifeSiteNews, “Neither the Canadian Charter of Rights and Freedoms nor the Supreme Court of Canada established a right to abortion,” which means that while it is allowed up until birth, there does not exists a so-called “right” to the procedure as was the case in America under Roe.

After the overturning of Roe, Canadian Prime Minister Justin Trudeau began upping his pro-abortion tone, calling the pro-life victory “horrific” and vowing to continue advocating for the killing of the unborn in Canada.