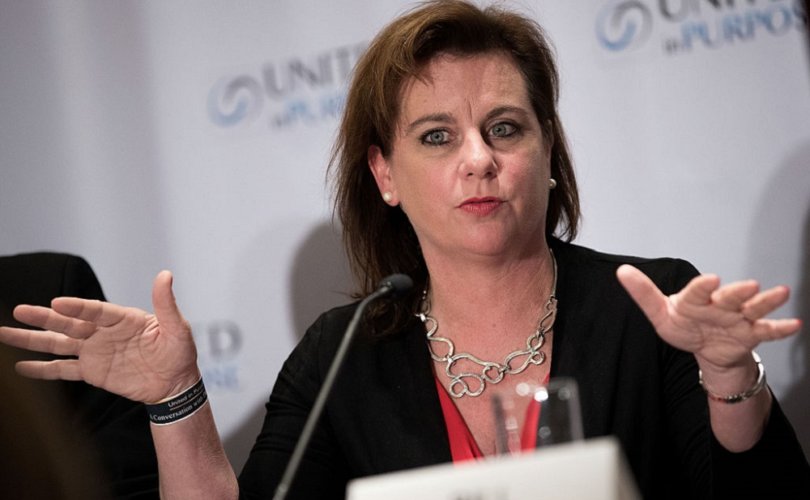 WASHINGTON D.C., January 20, 2020 (LifeSiteNews) — The non-profit pro-life Susan B. Anthony List has announced that it will spend $52 million for the re-election of President Trump and pro-life senators this year.

The group will focus its efforts on battleground states Arizona, Georgia, Iowa, Michigan, North Carolina, Pennsylvania, Texas, and Wisconsin. Each of these states is crucial to Republicans for retaining the White House and control of the Senate. A release from the group said its teams have already visited more than 460,000 homes. It is currently focusing on Arizona, Florida, and North Carolina.

According to Mallory Quigley of Susan B. Anthony List and Women Speak Out PAC, “[t]he stakes of this election could not be higher. Democratic contenders for president are lining up to support abortion on demand, and even infanticide, and declaring war on even the most modest pro-life policies.”

Quigley added that activists will go door-to-door to visit Democrat voters who may be unaware of the Democratic Party’s “support for extreme pro-abortion policies.”

“Our focused, battle-tested voter outreach method will ensure we reach the voters who can provide President Trump and pro-life Senate candidates the winning margin on Election Day,” Quigley said. Her group’s campaign efforts will include not only knocking on doors, but also mailings, phone banks, and digital media buys as part of the multi-million-dollar spend.

In a memo to interested parties, SBA List national campaign director Tim Edson wrote that the SBA List and Women Speak Out PAC field teams, consisting of more than 4,000 canvassers, have visited more than 4.6 million voters. He said their “ground game” is critical in Trump’s election and securing a Republican Senate majority.

The goal is twofold, wrote Edson:

The memo said canvassers will even address voters who consider themselves “pro-choice” but who are uncomfortable with late-term abortion, infanticide and “abortion activists posing as federal judges.”

Edson said canvassers are visiting moderate Democrats to educate them about the “extreme pro-abortion positions of Democratic presidential candidates and Senate candidates bought and paid for by Planned Parenthood and the abortion lobby.”