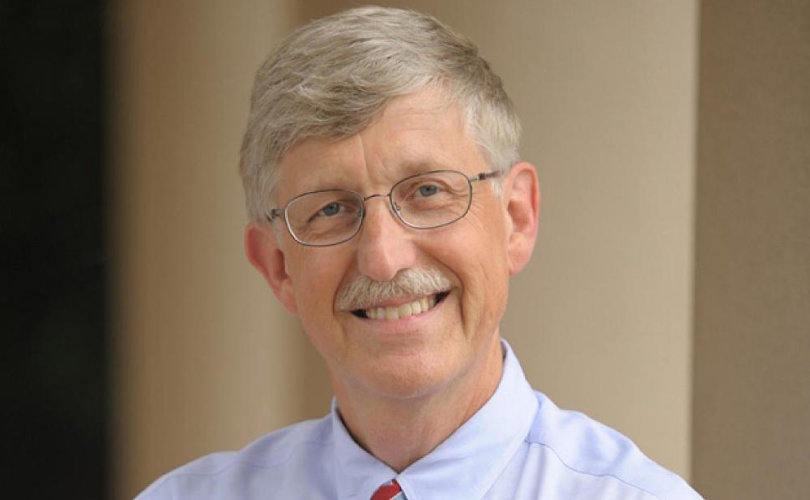 WASHINGTON, D.C., December 19, 2018 (LifeSiteNews) – As the Trump administration reevaluates its funding of medical research on tissue from aborted babies, pro-life groups are calling for National Institutes of Health (NIH) Director Francis Collins to be rebuked or removed for continuing to defend the ethically-fraught practice.

The controversy began in August when a notice from the U.S. Food and Drug Administration (FDA) surfaced detailing a contract to the fetal tissue procurement firm Advanced Bioscience Resources, Inc. (ABR) to acquire “Tissue for Humanized Mice.” Dozens of pro-life leaders and House members successfully pressured the FDA and Department of Health and Human Services (HHS) to terminate the contract, but concerns remained over nearly $100 million in tax dollars that continued to pay for other research using tissue and organs from aborted babies.

Collins disagreed, however, telling a meeting of the NIH’s Advisory Committee to the Director (ACD) that while the search for alternatives is “highly justified,” there remains “strong evidence that scientific benefits come from fetal tissue research, [which] can be done with [an] ethical framework.”

“Even for somebody who is very supportive of the pro-life position, you can make a strong case for this being an ethical stance,” he claimed in comments to reporters. “That if something can be done with these tissues that might save somebody’s life downstream, perhaps that’s a better choice than discarding them.”

Those comments have earned several stinging rebukes from pro-life leaders.

“Dr. Francis Collins seems to have forgotten that he no longer works for President Obama and is now working for a pro-life president,” Family Research Council President Tony Perkins said. “Being pro-life means supporting the lives of both the born and unborn – not sacrificing one to potentially save the other. Collins has espoused a utilitarian stance that does not reflect the president or HHS’s pro-life and pro-science views.”

Greg Schleppenbach, Associate Director of the U.S. Conference of Catholic Bishops’ Secretariat of Pro-Life Activities, called Collins’ remarks “deeply disturbing” and said research relying on aborted babies “is unethical and should not continue under his leadership.”

“We urge HHS to correct his comments, which are dramatically out of step both with President Trump and the pro-life voters who elected him,” Susan B. Anthony List President Marjorie Dannenfelser said. “There is absolutely no moral or ethical justification for treating these children like commodities to be chopped up and sold piece-by-piece to anyone – especially the federal government with taxpayers footing the bill.”

“Research on aborted baby body parts has no place in a pro-life [administration],” the March for Life Education & Defense Fund declared. “Collins’ actions are inconsistent with the pro-life policies of this administration and with the consensus of Americans who oppose entangling taxpayer dollars with abortion.”

Live Action founder and President Lila Rose went the furthest, issuing a statement demanding that Collins “be replaced with someone who recognizes that children who are killed by abortion should be mourned, not experimented on.”

Experimenting on the bodies of babies killed by abortion is never ethical, but only adds to the victimization of these innocent children,” Rose said, citing the pro-life Center for Medical Progress’ undercover footage revealing that the research “creates a market for their deaths.”

During her testimony last week, Sander Lee noted that less than 0.4 percent of the NIH’s budget is currently going toward research involving fetal tissue, that “after over 100 years of research, no therapies have been discovered or developed that require aborted fetal tissue,” and that researchers have access to a wealth of ethical sources for human tissue, including cells that can be given the coveted quality of pluripotency, or the ability to become other types of tissue.

In response to the controversy, an HHS spokesperson told the Christian Post that Collins’ comments do not represent the administration’s official view.

“As stated in September, we are conducting an internal audit and review of the Department’s research, policies and procedures of the use of fetal tissue in research,” it said. “No decision has been made regarding any changes in those policies. Nothing that Dr. Collins said should be seen as pre-judging the outcome of the review.”