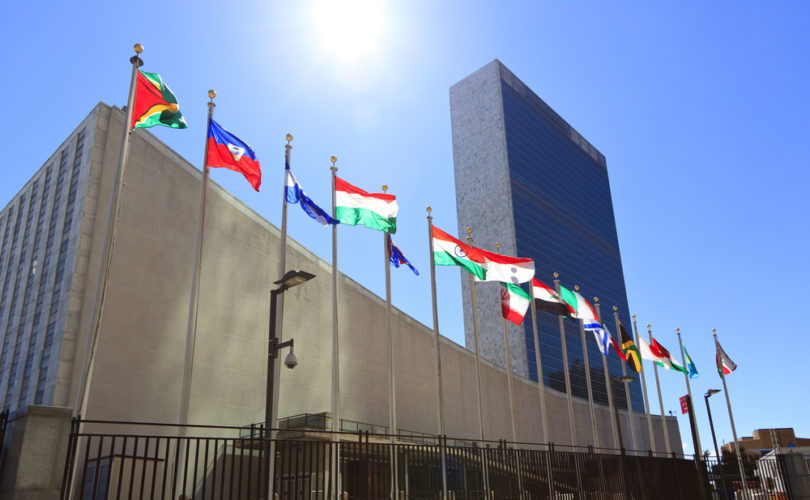 NEW YORK, June 19, 2015 (C-Fam) — The UN Human Rights Committee was greeted Monday by a deluge of requests urging it to resist pressure to declare abortion a human right.

The committee will weigh in on abortion and euthanasia in a forthcoming note about the “right to life,” widely anticipated as the next step in the so far unsuccessful attempt to develop a human right to abortion through the UN bureaucracy.

The committee solicited the barrage when it asked for written contributions ahead of a discussion on Article 6 (Right to Life) of the UN treaty on civil and political rights to be held in Geneva this summer. A first draft of the note is expected soon after the discussion.

Over 30 organizations from around the world urged the committee to recognize the right to life of unborn children, or at least not recognize a right to abortion.

Not all came from groups that focus on pro-life issues.

Autistic Minority International, a group that describes itself as the “first and only autism self-advocacy organization – run by and for autistic persons – active at the global political level,” wrote to the committee decrying how pre-natal screening of children with Downe syndrome or other disabilities may soon be carried out on children “at risk” of autism.

“We consider ongoing research in this direction, which often is publicly funded, nothing short of preparations to a eugenic genocide against disabled persons and a grave violation of the autistic community’s right to survival and autistic individuals’ right to life,” they state.

They also drew a parallel between the abortion of children with disabilities and Nazi eugenic policies.

A medical expert in India pointed out that abortion is not permitted under Hindu law.

The Center for Family and Human Rights (C-Fam), publisher of the Friday Fax, asked the committee to resist political pressure from within the UN and outside groups to read a “right to abortion” into Article 6.

Whenever UN bodies say abortion is a human right they are in breach of their mandate and undermine the human rights they are charged with protecting, the Articles observe.

Groups in the United States, Europe, and Latin America urged the committee not to recognize abortion as an international right.

Some describe abortion’s devastating effects on women physically and mentally. Others point out the eugenic origins to make abortion legal. Still others point out how sex-selective abortions endanger women and children.

Of 55 interventions published on the committee’s website, only two, from Amnesty International and the Center for Reproductive Rights, call for abortion to be recognized as a human right.

Amnesty declares that the right to life does not apply “before birth” and that it would be “problematic” if the protections of the covenant applied “prenatally.” Amnesty did not address euthanasia in its lengthy brief.

The committee has recommended countries make abortion legal on numerous occasions. Once the first draft is produced there will be further opportunities to comment.