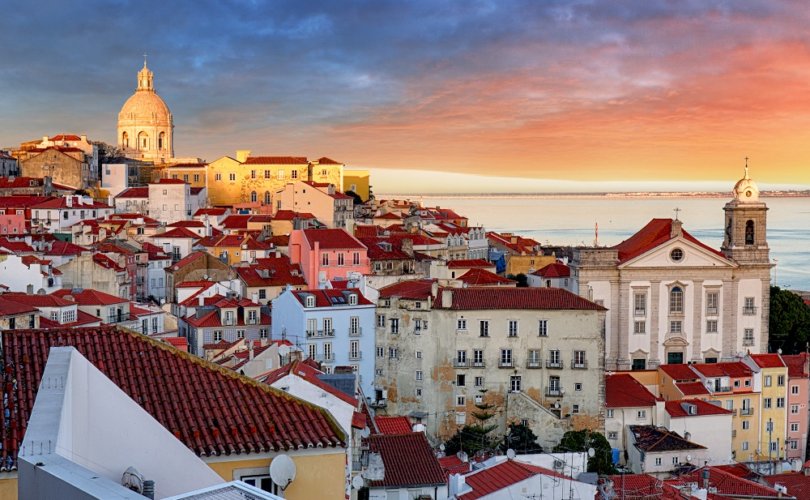 February 17, 2020 (LifeSiteNews) — The pro-life movement in Portugal is fighting back against an attempt by the government to quickly legalize euthanasia in the country and are calling for a referendum to be held that would allow citizens themselves to decide if doctors should be killers of sick patients.

The Portuguese parliament is pushing a bill that, if signed into law, would allow euthanasia and assisted suicide for various motives.

“They are in an incredible hurry and would want the final vote to take place before summer,” Antonio Pinheiro Torres, vice president of the Portuguese Pro-Life Federation, told LifeSiteNews.

At the current stage, the proposed question all Portuguese citizens would be asked is, “Do you agree that killing someone at his or her demand or helping someone to commit suicide should continue to be punishable by the penal law under every circumstance?”

Torres explained that the deadline for collecting signatures would be the day of the final vote on the bill. Given that the first debate and vote in parliament will be held only this Thursday, February 20, no date for the final vote has been announced yet.

After the first debate, the bill will be sent to a specialized commission, where hearings and additional work on it are supposed to take place. Following a vote by the commission, all members of Parliament will vote again on the bill before it would be signed into law.

“The proposition is the classic one, as it began in Belgium and the Netherlands: euthanasia and assisted suicide for various and very vague motives,” said Torres of the bill, with the procedure itself being “full of legal loopholes. If approved, we would certainly have a slippery slope.”

The process of moving the bill through the different stages foreseen by the legislative process in Portugal would be interrupted as soon as a referendum is approved by parliament. At that point, the elected officials would have to wait for the results of the referendum.

In his remarks to LifeSiteNews, Torres pointed out that the collection of signatures is going well, with a noticeable uprising against the push for euthanasia.

He estimated that of the numerous newspaper articles being written on the subject, for every ten pieces against euthanasia, there is only one in favor.  In fact, he said, “they are very few people,” but they have a majority in Parliament.

As a matter of fact, the Portuguese parliament had already voted against euthanasia in 2018.

“Drafted by the ruling Socialists, the bill garnered 110 votes in the 230-seat parliament but was stymied by 115 opponents, with 4 abstentions, after a heated debate and a vote that required each lawmaker to declare his or her stance,” Reuters reported at the time.

After the election of 2019, “the Socialist Party, the Left Bloc and PAN, an animal rights party, all increased their presence in parliament, at the expense of the Social Democrats, the Christian Democrats and the Portuguese Communist Party,” according to the Catholic Herald.

Both Christian Democrats and communists had voted against euthanasia. In the 2019 election, those two parties lost a combined 18 seats. This development would lead to a majority for the parties supporting euthanasia, if it comes to a final vote on the bill.

Religious communities in Portugal support the campaign for a referendum. Already in 2018, religious leaders had published a joint declaration titled “Caring with Compassion until the End.”

In the wake of the new bill following the 2019 election, the declaration was affirmed.

“We believe that each human being is unique and, as such, irreplaceable and necessary to the society of which he or she is a part, subject to an intrinsic dignity prior to any and all criteria of quality of life and usefulness, until natural death. Not only does life not lose its dignity when it is nearing its end, but the particular vulnerability that it suffers at this stage is, rather, a mark of special dignity that calls for closeness and care,” the Catholic patriarch of Lisbon, Cardinal Manuel Clemente, affirmed with representatives of several other religions.

The religious leaders pointed out that suffering is a challenge that needs to be met by giving the proper care, not by legalizing assisted suicide.

“What is asked of us is not that we give up those who live the terminal period of life, offering them the legal possibility of choosing death, which can lead to the experience of suffering without proper care. This is true intolerable suffering, which creates conditions for the desire to die. It is born of a society that abandons, that dehumanizes, that becomes indifferent,” they wrote.

The group of religious leaders, including Jewish, Muslim, Buddhist, and Hindu, as well as Catholics and various Protestant communities, added, “This experience confirms to us the knowledge that whoever is accompanied does not despair in the face of death and does not ask to die.”

They challenged Portuguese society “to meet the requirement, which cannot be postponed any longer, to extend access to palliative care to everyone, and we pledge to be available and willing to do everything we can to participate in this true national purpose.”

As of today, the petition for a referendum on euthanasia has been signed by roughly 18,000 people online. Simultaneously, there are efforts on the streets of Portugal to collect signatures. Only citizens are able to sign the petition.