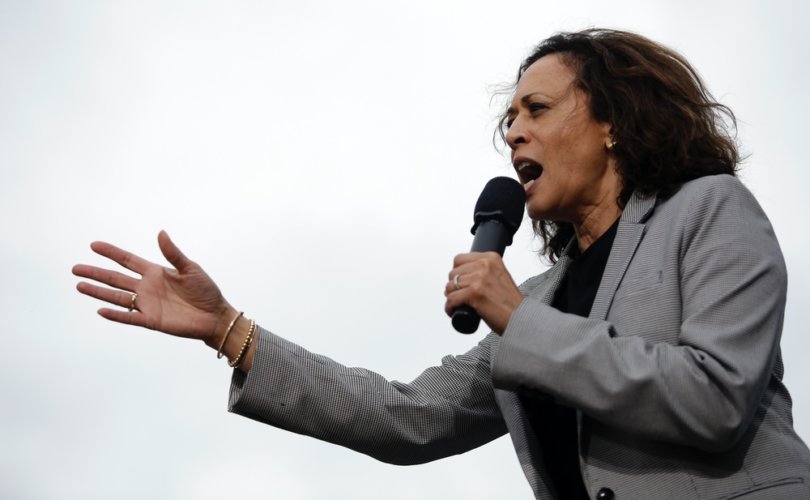 SACRAMENTO, April 7, 2016 (LifeSiteNews) – Some of the leading voices of the pro-life movement have a simple message for California Attorney General Kamala Harris: You should resign.

The attorney general ordered her agents to search David Daleiden's Huntington Beach apartment on Tuesday afternoon, seizing hundreds of hours of unreleased video footage “that has not seen the light of day yet.”

She also has a petition on her campaign website asking Democratic voters to stand with her in “defending Planned Parenthood” against federal efforts to defund it – efforts spurred largely by Daleiden's undercover exposés.

Marjorie Dannenfelser, president of the Susan B. Anthony List, called Harris' actions “a conflict of interest and abuse of government power” motivated by “her zeal to succeed longtime abortion advocate Senator Barbara Boxer.”

“Ms. Harris should resign from her Attorney General post and end her bid for the U.S. Senate. She has abused her government office and no longer deserves the public trust,” Dannenfelser said.

“The fact that Ms. Harris is seizing private property of a pro-life California activist who has exposed horrific practices conducted by Planned Parenthood, which donated thousands to her last campaign, while her Senate campaign promotes and defends them – the nation’s largest abortion provider – is a conflict of interest and abuse of government power,” she said.

Kristan Hawkins, president of Students for Life of America, denounced what she described as “exceptionally corrupt behavior, using her office as AG to aide a staunch supporter of her campaign. This is exactly the kind of…blatant conflict of interest that the American public is sick and tired of.”

Daleiden's attorneys, with the Thomas More Society, stopped short of calling for her resignation but underlined the potential for abuse in the situation.

“Harris' campaign site makes it clear that the state's top law enforcer is a political ally of Planned Parenthood,” said Matt Heffron, a former federal prosecutor who is now special counsel for the Thomas More Society and part of Daleiden's defense team. He called the activity “irregular” and said, “After five months of silence from the California Attorney General's office, this search warrant makes a criminal investigation look like nothing more than an extravagantly political move.”

Tom Brejcha, president and chief counsel of Thomas More Society, said, “These latest draconian acts on the part of law enforcement are apparently directed by Harris who is running to replace abortion rights advocate Barbara Boxer in the U.S. Senate.”

Daleiden, 27, conducted a 30-month-long investigation into Planned Parenthood before going public with hours of video footage. He is presently facing three civil lawsuits – two of them invoking the RICO statute – in California and criminal charges for using a false ID in Houston.