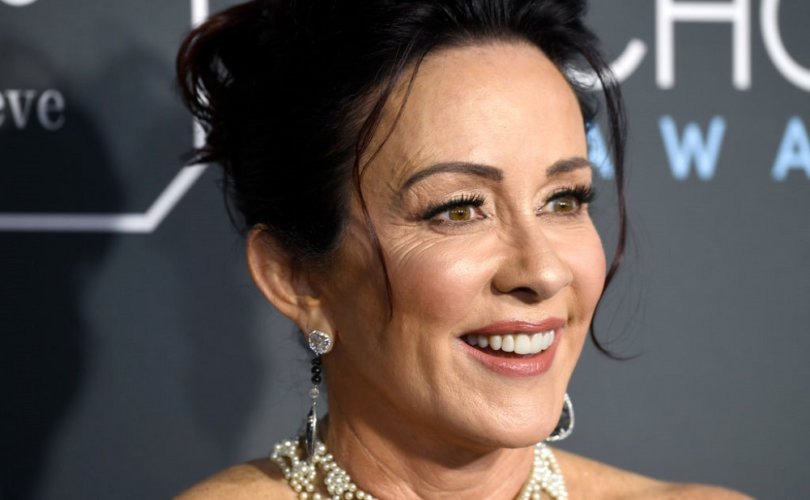 February 14, 2020 (LifeSiteNews) — American actress Patricia Heaton, star of the CBS sitcom Everybody Loves Raymond, has called out the Democratic Party for its pro-abortion stance and questioned why any pro-lifer would be interested in knowing whether he’s welcome to join the party.

Heaton wrote on Twitter yesterday: “I don’t understand why pro-life people want to know if they are “welcome” to join the democrat party. Why would any civilized person want to support a barbaric platform that champions abortion for any reason through all nine months funded by taxpayers?”

I don’t understand why pro-life people want to know if they are “welcome” to join the democrat party. Why would any civilized person want to support a barbaric platform that champions abortion for any reason through all nine months funded by taxpayers?

Her comments come after South Bend, Indiana mayor and Democrat presidential hopeful Pete Buttigieg last month rejected an appeal from the leader of Democrats for Life for token language in the party platform in order to represent pro-life Democrats.

Kristen Day asked Buttigieg during a candidate town hall whether he wants the support of pro-life Democrats and would “support more moderate platform language in the Democratic Party to ensure the party of diversity and inclusion really does include everybody.”

“I’m not going to try to earn your vote by tricking you. I am pro-choice, and I believe that a woman ought to be able to make that decision,” Buttigieg answered.

“The Democratic platform contains language that basically says that we don’t belong, we have no part in the party because it says abortion should be legal up to nine months; the government should pay for it,” she said after the event. “And there’s nothing that says that people that have a diversity of views on this issue should be included in the party.”

The 2020 Democrats are all virtually in lockstep on social issues: they support taxpayer-funded abortion on demand and the homosexual/LGBT cause. At least two candidates — Sen. Elizabeth Warren and Pete Buttigieg — list their “gender pronouns” in their Twitter bios. The latter is in a same-sex “marriage.” Warren says she will let a gender-confused child vet her nominee for secretary of education if she wins the presidency. Former vice president Joe Biden has said he would direct the Justice Department to “do everything in its power” to block state laws that place any restriction on abortion, including parental notification requirements, ultrasound laws, and waiting periods. Meanwhile, Sen. Bernie Sanders has threatened that he would “use the Department of Justice to go after those states” that restrict abortion “in every way that I legally can.” Every Democrat candidate has also pledged to nominate pro-abortion judges to the Supreme Court and federal bench.