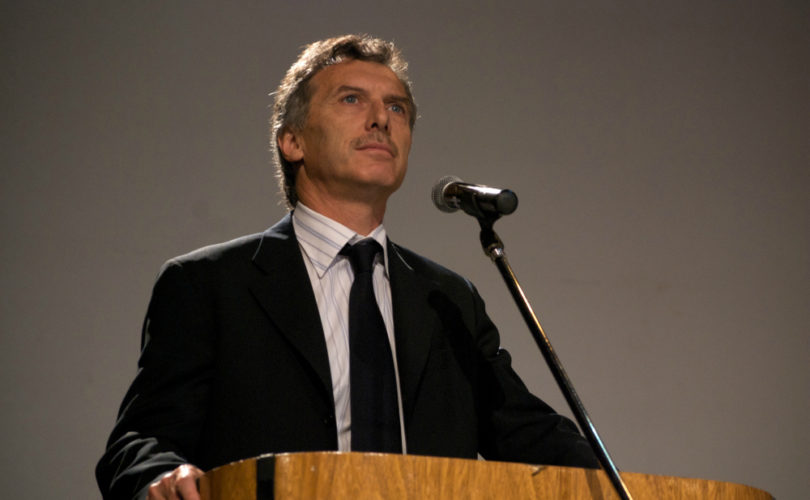 The office of Women’s Affairs is in charge of implementing the UN Convention to Eradicate Discrimination Against Women (CEDAW) and the Organization of American States’ convention to eradicate violence against women (Belém Do Pará) in Argentina.  These conventions are known as the treaty vehicles through which abortion is being forced upon many countries around the world.

Under the government of Cristina Fernandez de Kirchner, Argentina had taken a leading role in the manipulation of international treaties and international bodies to push an aggressive pro-abortion agenda.

Pro-life activists had hope that the new Macri administration would be different.

In 2012, then-mayor of Buenos Aires, Mauricio Macri vetoed a bill that would have legalized abortion on demand through all 9 months of pregnancy.  While the veto continued to allow the killing of children conceived in rape, it was considered a step forward in the radicalized city of Buenos Aires.

Pro-lifers in Argentina were disappointed to hear of the appointment of Tuñez, who they described as a “militant feminist” and a “pro-abort activist.”

For over ten years, Tuñez ran the “Home of Encounters,” a feminist organization that was a key member of the “Campaign for the right to abortion.” She also played an important role in the organization of the #NiUnaMenos campaign that prominently featured legalizing abortion as a women’s issue. Tuñez’s organization also received funds from the US Embassy and the UNFPA.

In an open letter to the feminist movement after her appointment, Tuñez reiterated her commitment to her radical feminist roots.  “I know where I come from and who my teachers have been; those women with whom I marched and fought besides, they are the same that I will continue to work with.”