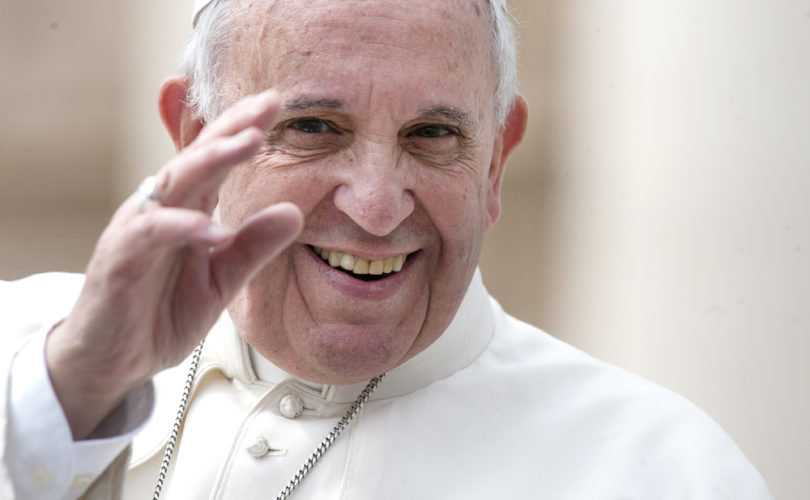 WASHINGTON, D.C., September 24, 2015 (LifeSiteNews) — The man behind the massive exposé of Planned Parenthood’s fetal parts tells LifeSiteNews that it was “unfortunate” that Pope Francis didn't address the scandal in today's speech before the US Congress.

Daleiden's videos were the impetus for the current attempt to defund the abortion giant. He told LifeSiteNews that it’s “unfortunate” Pope Francis didn’t “reiterate his strong comments against aborted baby parts trafficking from a year ago.” Daleiden specifically criticized the pope’s advisors for missing the issue.

Daleiden pointed to an address by Francis to the Council of the Bishops' Conferences of Europe on October 3 of last year. At the time, the pope said, “Europe has discarded its children. A bit triumphantly.”

“I remember that when I was studying in one country the clinics that did abortions then prepared everything to send it to cosmetic factories,” the pope said. “Makeup made with the blood of innocents. And this was something to brag about, because it was progressive: the rights of the woman, the woman has the right over her body.”

Rose told LifeSiteNews that the lack of direct commentary on abortion should not fool abortion advocates. “There is absolutely no question about the Church's teaching on the sanctity of every life and the grave evil of abortion — something Pope Francis has spoken about many times.”

“Anyone who tries to imply otherwise is merely pushing a cynical agenda,” said Rose.

In his address to Congress, the pope seemed to make a vague reference to abortion when he said “the Golden Rule also reminds us of our responsibility to protect and defend human life at every stage of its development.” However, Francis immediately transitioned to his opposition to the death penalty.

The pope did briefly address the issue of marriage, saying, “I cannot hide my concern for the family, which is threatened, perhaps as never before, from within and without. … Fundamental relationships are being called into question, as is the very basis of marriage and the family.”

Pope’s speech to Congress: no specific mention of abortion, only the death penalty