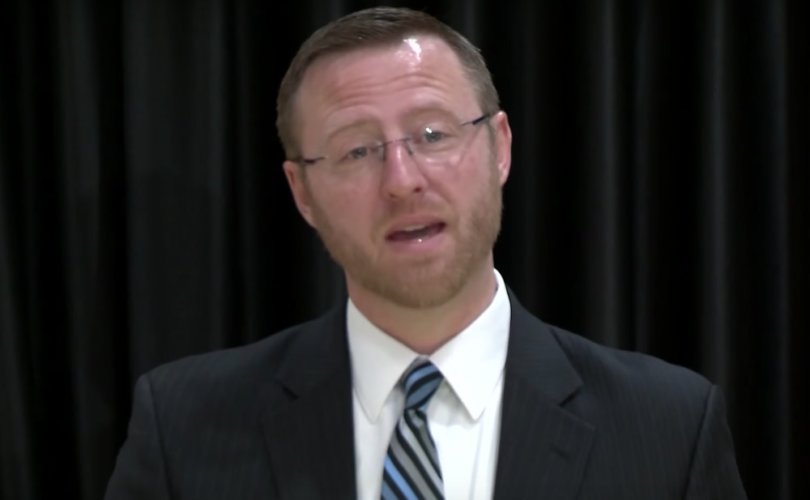 “We made history in a significant way and our margin of victory looks to be insurmountable,” Hagedorn said, declaring victory. “For me, this is a win not just for me, but a win for the state of Wisconsin. I ran this race saying my commitment is to the rule of law. The job of the judge is to say what the law is and not what I think the law should be. I think that won last night.”

Neubauer has not yet conceded, and is instead raising money to pay for a potential recount. “This isn't the outcome we hoped for, but it's what our campaign for justice must now tackle: with the vote total neck and neck, it looks like we're heading into a potential recount,” her campaign said in a statement. “We ran this campaign without bringing in partisan politics, true to Lisa's vision for an impartial, fair, and just Supreme Court. Unfortunately, we faced a deluge of outside spending — over $1 million in the last week alone.”

Hagedorn, a former assistant attorney general and chief counsel to former Wisconsin Gov. Scott Walker, was attacked during the campaign for past writings in which he forcefully denounced both abortion and pro-LGBT judicial activism. “The Lord has laid three fundamental passions on my heart: 1) Protecting the dignity and sanctity of human life, 2) Defending and preserving the institution of marriage, and 3) Promoting racial reconciliation in the church and culture,” he wrote in 2005.

Hagedorn called Planned Parenthood a “wicked organization” more devoted “to killing babies than to helping women,” and condemned the U.S. Supreme Court’s 2003 decision finding a constitutional right to sodomy as a “travesty.”

“Certainly legislatures can distinguish between [bestiality and sodomy] (as I would for reasons of enforceability and effectiveness),” he wrote in 2005, “but the idea that homosexual behavior is different than bestiality as a Constitutional matter is unjustifiable. There is no right in our Constitution to have sex with whoever or whatever you want in the privacy of your home (or barn). That may or may not be good policy, but that is a different question.”

“My job as a judge is to say what the law is and not what I think the law should be,” Hagedorn responded in February when the writings resurfaced. “I've said that from the very beginning […] If you've even been a Catholic or a Christian of various stripes, you're going to get attacked.”

Neubauer, meanwhile, is a former Chief Judge on the Wisconsin Court of Appeals and clerk for federal District Judge Barbara Crabb. She was the favorite of liberal groups including Planned Parenthood Advocates of Wisconsin. “Planned Parenthood knows Judge Lisa Neubauer trusts a woman to make her own health care decisions,” the pro-abortion group declared in one TV spot.

Neubauer was the lone dissent in a 2016 ruling in which the majority rejected a suit against the state’s law prohibiting webcam abortions. She also has family ties to the abortion giant; her mother was a board chairwoman for Planned Parenthood’s Minnesota chapter, and her daughter, state Rep. Greta Neubauer, identifies herself as a member.

Between last fall’s defeat of Walker and re-election of left-wing Sen. Tammy Baldwin, and Neubauer’s dramatic spending advantage, Wisconsin conservatives weren’t expecting a victory. “Anybody who says they’re not shocked is not being honest,” Republican strategist Brian Reisinger told National Review. He attributed the outcome partly to the attacks on Hagedorn’s faith lighting an “incredible grassroots fire.”

As for the odds of a recount changing the outcome, Wisconsin Institute for Law & Liberty president Rick Esenberg says Neubauer would “almost certainly be throwing good money after bad,” as “no statewide recount between 2000 and 2015 changed the margin by more than around 1300 votes” – “Nowhere near enough to give the Neubauer camp much hope.”