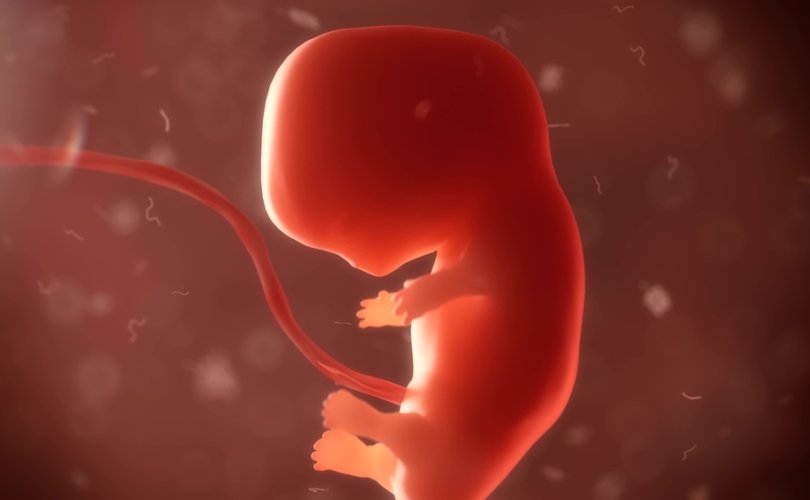 WASHINGTON, D.C., February 7, 2019 (LifeSiteNews) – The United States Supreme Court is being asked to weigh in on whether embryonic children are persons or property. Thomas More Society Special Counsel Rebecca Messall, J.D. has filed a petition with the high court for a writ of certiorari to the Colorado Supreme Court in Rooks v. Rooks, a controversial Colorado embryo custody case.

Messall, acting on behalf of Colorado mother Mandy Rooks, is requesting that the United States Supreme Court reverse an earlier ruling by the Colorado Supreme Court and affirm the fact that embryos are human persons, as “recognized in law hundreds of years ago.”

Mandy Rooks is the mother of six cryopreserved babies. The embryos are those remaining in cryogenic storage after in-vitro fertilization procedures. Those procedures allowed Ms. Rooks to deliver a son, and later twins, while married to Drake Rooks, the children’s father. Despite the couple’s divorce, Ms. Rooks wants to keep the babies for future implantation. Her now ex-husband has asked the court to deliver the six embryos to him for destruction.

Both a district court and the Colorado Court of Appeals awarded custody to Mr. Rooks, but the Colorado Supreme Court ordered a stay of execution for the embryos because the lower courts considered what it labeled “inappropriate factors” in attempting to balance the divorced couples’ interests. The case was remanded to the trial court.

The Petition for review by the United States Supreme Court enumerates multiple reasons for the highest court in the land to rule on the most basic question: Is a human embryo a person or property?

Messall states in the appeal to the high court, “Granting human embryos the status of persons cannot be left up to fifty states, any more than the Kansas-Nebraska Act could leave the status of slaves to each state. The test of who is a ‘person’ must be decided for the entire nation in order to uphold the principles of ‘Equal Justice Under Law.’”

She holds that the arguments for the personhood of Dred Scott and his family, which the courts got wrong, denying the enslaved citizens their personhood, remain as true today as they were in the infamous 1857 trial.

The petition also points out that scientific reality confirms the terms “reproduction” and “procreation” as referring to a new human person, not property, and not to an in-between classification.

Attorney Rita Gitchell, Thomas More Society Special Counsel, explained some of the issues at stake in Rooks v. Rooks: “These cryogenically preserved children are already developing human beings, before implantation. Colorado courts are relying on their state law that does not protect unborn children from third party liability for harm done to the unborn and case law extracted from old, out-of-date science that had not yet understood that embryo body cells, along with the placental and other cells, are present before implantation of the embryo in the womb.”

Parental constitutional rights to bear and raise offspring were not considered even though the trial court found the embryos to be human life.

“While it is a simple fact that those who provide an egg and a sperm which unite to become an embryo become genetic parents,” continued Gitchell, “It is not fact that while the embryos are developing, that the parents are ‘becoming genetic parents.’ That is comparable to suggesting that a woman who is seven months pregnant is ‘becoming pregnant.’ Until the courts or legislatures grasp the facts of created life, the Constitutional rights of parents to protect their created offspring are not being considered, nor are the human rights of the embryo considered. This results in human embryos being treated like chattel or property, not unlike the treatment of African slaves in the pre-abolition era.”

She added, “Mr. and Ms. Rooks are forever genetic parents of these created embryos. A court can terminate his or her legal parental rights, but can never terminate the genetic fact that these tiny embryos are their biological children.”

A response from the United States Supreme Court on whether they will consider the issue is expected by February 25, 2019.

Read the Petition for A Writ of Certiorari to the Colorado Supreme Court, submitted to the United States Supreme Court in Rooks v. Rooks by Thomas More Society Special Counsel Rebecca Messall, on behalf of Mandy Rooks, on January 22, 2019 here.

Read the amicus curiae submitted to the Colorado Supreme Court in Rooks v. Rooks by Thomas More Society attorneys on behalf of the American Association of Pro-Life Obstetricians and Gynecologists here.