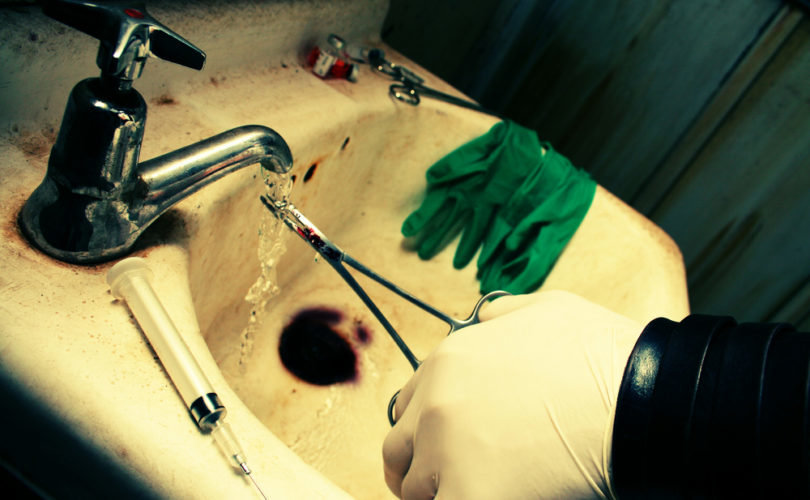 AUSTIN, Texas, April 7, 2017 (LifeSiteNews) — A Texas pro-life law struck down by the U.S. Supreme Court last year reduced abortions by 20 percent, and as much as 50 percent in some counties, according to a new study.

House Bill 2, which took effect in October 2013, required safety standards for surgical abortion facilities and hospital admitting privileges  for cases of botched abortions. Basic surgical standards were so rarely observed in the state's abortion industry that 25 clinics closed for lack of safety for women patients.

A study in the Journal of the American Medical Association found that in the two years and nine months the law was enforced, the number of abortions in Texas dropped 20 percent and in some counties 50 percent.

The study also reported that more women gave birth to their baby even though their pregnancy was unplanned. Even counties with an abortuary saw a 16 percent drop in abortions.

The report noted that women seeking abortions had to drive farther, from an average of 17 miles to an average after HB-2 of 70 miles.

University of California at San Francisco professor Daniel Grossman led a study on the impact of the pro-life bill. He and his team found that when the distance to an abortion business increased by 100 miles, the number of abortions fell 50 percent.

Additionally, the study found longer waiting times for abortions and 27 percent more mothers getting abortions in the second trimester.

“They would tell me that it took them a long time to find an open clinic, to arrange time off work, arrange child care,” Grossman said women he talked to in abortion mills explained. “And sometimes all of this would take so long that they were delayed into the second trimester.”

Grossman's team speculated that more women sought to terminate pregnancies themselves. They surveyed women and guessed perhaps 100,000 Texas women took pills, drugs, alcohol, or submitted to physical violence in an effort to kill the baby growing inside them.

In bordering Mexico, the dangerous abortion chemical misoprostol, usually used with RU486, is often available without a prescription.

The law itself was struck down by a federal judge before an appellate court overruled the judge and allowed it to take effect in October 2013.  Nevertheless, the U.S. Supreme Court overturned HB2 in June 2016. Roman Catholic Supreme Court Justice Anthony Kennedy was the deciding “swing” vote to overturn the Texas pro-life law.