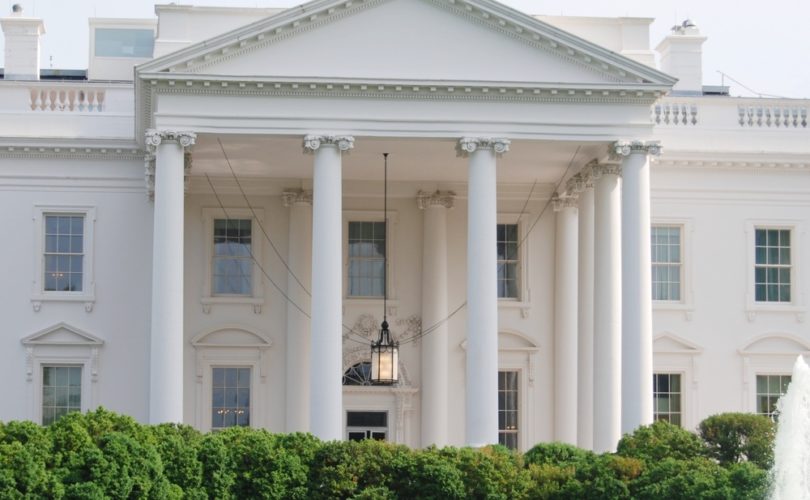 WASHINGTON, D.C., October 1, 2015 (LifeSiteNews) — For weeks, leading pro-life groups have urged Congress to defund Planned Parenthood. This week, however, both chambers passed government funding bills that funded the government — including its funding of Planned Parenthood — until December.

Shortly before the vote, LifeSiteNews spoke with the leader of one of the few pro-life groups urging Congress to avoid a full-tilt defunding fight until 2017 — after a pro-life president can be elected.

“There was a government shutdown in 2013 because people wanted to see Obamacare repealed,” said National Right to Life's Carol Tobias. “The repeal didn't happen, and Republican numbers were in the tank until the disastrous rollout of Obamacare, which became a national joke. I don't know that we can count on something like that next year to happen.”

While much attention has focused on the presidential race, 24 out of 33 Senate seats that are up for re-election are held by Republicans — meaning that a pro-life president could be opposed by a Democratic Senate.

Asked about strategies to overcome this possibility, Tobias simply said, “I understand the frustration.”

“I want Planned Parenthood shut down — not just defunded, I would love to see them shut down because they're killing babies,” said Tobias. “But with President Obama in the White House with a veto, and we don't have the votes in the Senate, I don't see how a shutdown can do anything but harm Republicans, and especially our pro-life candidates who are running for president.”

NRLC has not been shy about going against the pro-life grain. In 2013, it targeted two no-exceptions representatives from Georgia who opposed the “Pain Capable Unborn Child Protection Act” because the bill allowed for the abortion of children conceived through rape.

Last year, the national pro-life organization dropped its affiliation with Georgia Right to Life because of the latter's opposition to exceptions in pro-life legislation. A new, untested group — Georgia Life Alliance — became the new state partner.

However, a full-tilt fight where Democrats shut down the government is poor strategy, she says, because it risks the presidency.

“I hate to say this, but in 2012, pro-lifers lost. And babies are paying the price. We have to do everything we can to make sure that doesn't happen in 2016, because we don't want another four years, or eight years, of a pro-abortion president who is going to defend Planned Parenthood and defend abortion,” explains Tobias. The next president will “appoint justices to the Supreme Court who will, maybe five years, 10 years, 15 years down the road, be able to overturn Roe v. Wade.”

So what can pro-lifers do in 2016? Tobias says they can vote. “Part of the problem in 2012 was that some people [said], 'Oh, I don't really like Mitt Romney, I don't like his religion,'” said Tobias. “A lot of people didn't vote. We have to make sure that doesn't happen next time. It's up to pro-lifers to make sure that every pro-life voter in the country knows what is at stake.”

“Babies are dying. We've got four justices that could be replaced in the next term. They're getting older; that happens. We could make a difference. But if pro-lifers decide that, for whatever reason, they're upset and they're just gonna stay home, babies continue to die.”

Asked about the ban on most abortions after 20 weeks' gestation, Tobias compared that battle to the partial-birth abortion fight that took place under Presidents Clinton and Bush. “The partial-birth abortion ban debate took at least eight years. It was vetoed twice by President Clinton, signed by President Bush, got turned down by the Supreme Court, passed again by the House and Senate, signed again by President Bush, the Supreme Court upheld it — so it was a long battle.”

“But in the meantime, we were awakening the American people to what was happening to these unborn children.”

“We got more votes…because 1) we had more elections, and we were electing pro-life candidates, and 2) we were getting some converts. On this bill, we have overwhelming public support. More than 60% say 'yes, if an unborn child can feel pain, don't kill that child,'” explained Tobias.