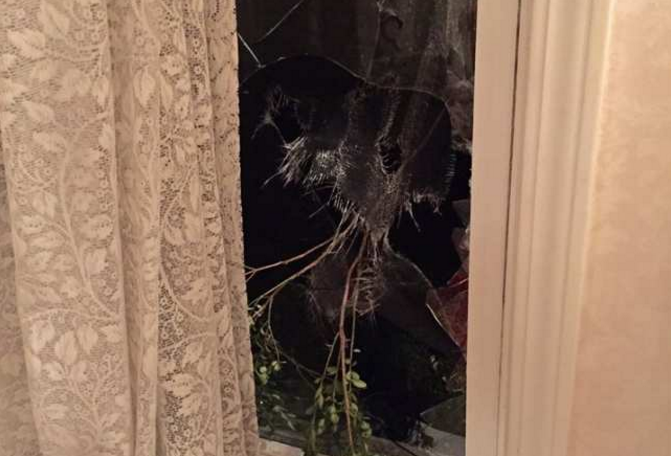 February 1, 2016 (LifeSiteNews) – Vandals have broken the window of pro-life leader Jill Stanek's house to send her a message: stop standing up for life.

“For about six months, Jill has been traveling the country, working to build support for Susan B. Anthony List’s aggressive campaign strategy to elect a pro-life president this year and advance legislation like the Pain-Capable Unborn Child Protection Act, which would stop abortion after five months,” SBA Executive Vice President Emily Buchanan said this afternoon.

The well-known blogger, who is now national campaign chair of the Susan B. Anthony List, says she returned home last night to find a window broken. Inside her home, she found a plastic bag “with a large piece of cinder block inside and a message.”

The note affixed to the rock said, “Quit the pro-life bull—t.”

“As if they thought this would make me stop,” Stanek said immediately upon seeing the damage.

“In the scheme of things this was nothing,” Stanek said. “But having my home vandalized was a first for me in the pro-life movement.”

Stanek has been outspoken in the cause of life since her days as a nurse, when she saw two Chicago-area hospitals allow extremely premature babies to be born alive, then left to die, as a form of abortion. Her revelations helped spark the born alive infant protection act, which Barack Obama opposed as a state legislator in Springfield.

Buchanan said that the projectile “landed right on top of Jill’s devotional table – perhaps a reminder of how important prayer is in this battle for life.”

Stanek said that police told her the vandalism was “bias related,” owing to her views on the right to life, but warned her against publicizing the attack.

Stanek said she came forward with the news, because “I wasn't going to let pro-choice violence” go unchecked.

After the action, Stanek said, she is “more on fire than ever.”