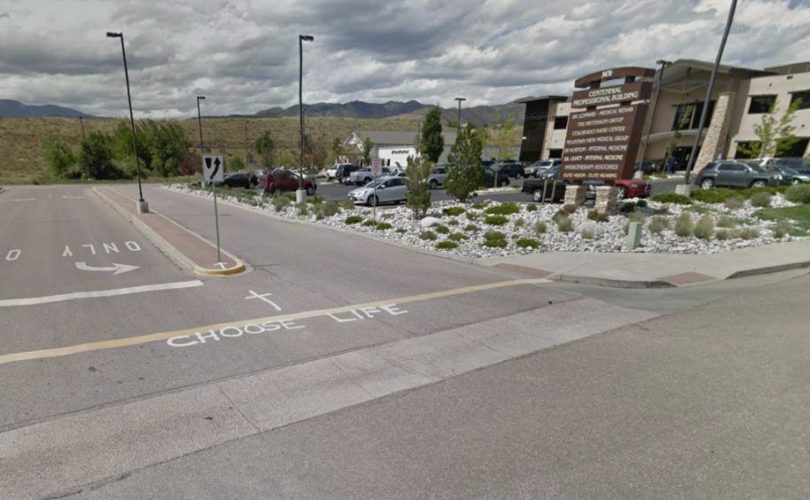 Nov 28, 2015 (LifeSiteNews) – The motive of the shooter, Robert Lewis Dear, who allegedly began shooting outside a Planned Parenthood facility in Colorado Springs Friday, before retreating into the facility for a five-hour-standoff with police, remains unknown.

However, in response to media speculation that Dear is somehow connected to the pro-life movement, pro-life groups have issued statements condemning the violence, and urging caution in jumping to conclusions.

David Daleiden of The Center for Medical Progress, the producer of the recent series of undercover videos exposing Planned Parenthood's practice of selling the body parts of aborted babies, said “The Center for Medical Progress does not support vigilante violence against abortion providers. There are people at Planned Parenthood who I still consider friends and my thoughts and prayers are with them at this time for no one to be injured.”

Daleiden said that the Planned Parenthood facility where Friday's shooting took place was not involved in CMP's undercover investigation. “We only visited the Denver clinic in Colorado,” he said. “PPRM CEO Vicki Cowart says Planned Parenthood still doesn’t know the full details of what is going on in Colorado Springs.”

“Information is very sketchy about the currently active shooting situation in Colorado Springs,” said Fr. Frank Pavone of Priests for Life. “The Planned Parenthood was the address given in the initial call to the police, but we still do not know what connection, if any, the shooting has to do with Planned Parenthood or abortion.

Tony Perkins of the Family Reseach Council also issued a statement. “While the investigation into the shooting at the Planned Parenthood center continues, regardless of what the motive is determined to be, we strongly condemn this violence. As the target of domestic terrorism inspired by the Southern Poverty Law Center, the staff of the Family Research Council empathize with all the victims of this violence. All of us at the Family Research Council join with the pro-life movement in praying for the injured officers and victims of these deplorable acts. “Only through peaceful means –not violence— can we truly become a nation that once again values all human life, born and unborn,” concluded Perkins.

Bryan Kemper, youth outreach director for Priests for Life and founder of Stand True, said, “Although we do not know the details behind the gun violence at Planned Parenthood in Colorado, it is important to say that we are against all violence against our fellow human persons. From the abortionist, the workers, the patients, the children scheduled to die or anyone at that Planned Parenthood, all of their lives are precious and worth saving. All of them are loved by God and deserve our prayers. I am sickened by the violence there today just as I am sickened by the violence there every day.”

In a statement on their Facebook page, Students for Life of America said, “we condemn violence of any kind against Planned Parenthood, abortionists, or any abortion industry workers.”