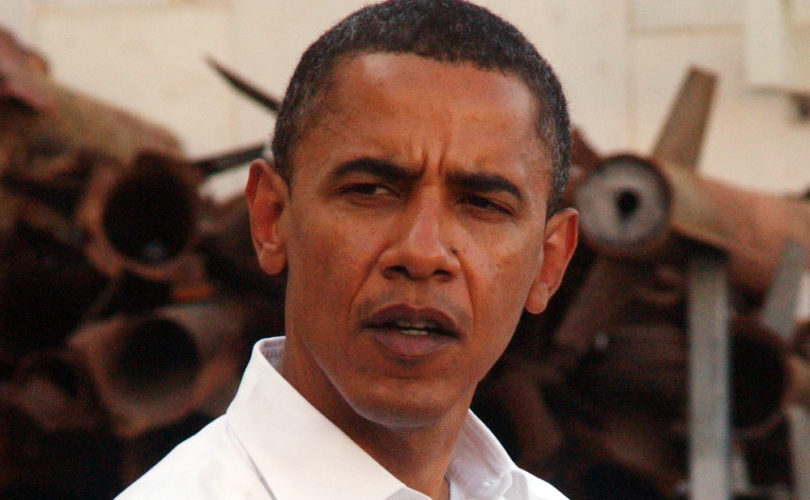 The House of Representatives voted to defund Planned Parenthood but did not have the two-thirds majority to override President Obama's veto.

WASHINGTON, D.C., February 4, 2016 (LifeSiteNews) – The House of Representatives voted to defund Planned Parenthood but did not have the two-thirds majority to override President Obama's veto. The final vote to override was 241-186.

The bill would have denied the nation's largest and most lucrative abortion business any Medicaid funding. Planned Parenthood received well over half a billion tax dollars from the government in 2014 alone.

Still, pro-life leaders are calling the failure to override a victory.

“Despite this veto, we still have much to celebrate,” Family Research Council president Tony Perkins explained. “Never before has Congress been able to send a bill to President Obama's desk ending the forced partnership between taxpayers and Planned Parenthood.”

“It's clear that the main impediment is the occupant in the White House,” Lila Rose of Live Action said. “And that changes next January.”

Congresswoman Diane Black (R-TN) asserted, “With this reconciliation effort, our Republican majority has kept the story of Planned Parenthood's brutalities alive, despite the mainstream media's best efforts, and we've encouraged more Americans to watch the recent undercover films for themselves.”

The Center for Medical Progress released undercover videos in 2015 that expose Planned Parenthood's trafficking in human baby organs, and even intact, heart-beating babies, for profit.

“The U.S. House, once again, acted on the will of the American people, who want to stop taxpayer funding for abortion businesses like Planned Parenthood and instead support comprehensive health care centers,” Susan B. Anthony List president Marjorie Dannenfelser said.

Rose pointed out that the gains pro-lifers have made outweigh the failure to override. “The pro-life movement has proven that it's not only possible to get a defund bill through the House, but also the Senate,” she said.

“We owe a deep debt of gratitude to the many members of Congress who made the protection of the unborn and their mothers, and the repeal of pro-abortion, punitive mandates within Obamacare, such a high priority,” Perkins said.

Fr. Frank Pavone of Priests for Life noted, “When a business like Planned Parenthood aborts children in the womb, it doesn't matter what else it does – any money added to its revenue stream is money that facilitates the taking of innocent life.”

House Speaker Paul Ryan promised to take defunding the abortion giant to the Supreme Court, announcing Tuesday morning, “We are taking this all the way to the end of the process under our Constitution.”

Two Republicans – John Katko and the retiring Richard Hanna, both of New York – voted against the bill.

Pro-lifers were quick to call out the two Republicans. “Make no mistake: those members of Congress who voted to uphold the president's veto also voted to endorse the killing of over 300,000 unborn babies a year by Planned Parenthood,” Fr. Pavone stated.

“We must continue looking for opportunities to advance pro-life policies and reallocate federal dollars away from Planned Parenthood,” Rep. Black said, “including through the appropriations process.”

Dannenfelser pointed out what many pro-lifers are thinking this election year. “Only one man – Barack Obama – stands in the way. His veto was a call to action to the pro-life grassroots. This year we must elect a president who respects life and will protect the conscience rights of taxpayers,” she said.

“With a pro-life president in the White House, there will be no need for an override vote,” Dannenfelser concluded. “Defunding Planned Parenthood – America's largest abortion business – could be a reality in 2017.”

“As many as seven in ten Americans oppose taxpayer funding of abortion – including majorities of young people and women,” Dannenfelser noted. She issued a challenge: “If Mrs. Clinton wants to use this election to go to war against this longtime consensus, we welcome the opportunity to engage and expose her.”