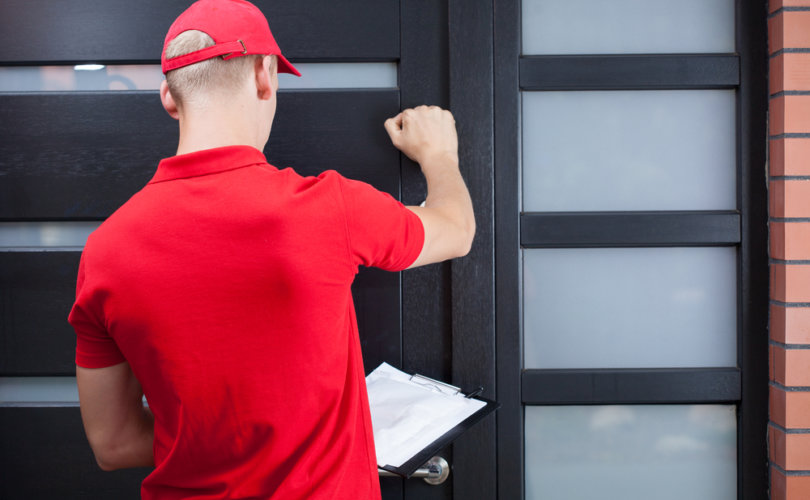 August 21, 2020 (LifeSiteNews) – As the general election for the next President of the United States kicks into high gear, pro-life activist groups planning to ramp up their outreach efforts have set aside Friday, August 28 for a National Call for Pro-life Election Volunteers.

“There are many ways to help make sure the elections of 2020 secure the kind of nation we want for our grandchildren,” says Fr. Frank Pavone, director of Priests for Life. “This is the phase of the election season in which direct contact with the voters becomes the primary emphasis. And person-to-person contact always works best.”

The campaign will connect volunteers with organizations that can use them, including Catholic Vote, Faith & Freedom Coalition, and Susan B. Anthony List, for a wide range of grassroots actions including phone calls, distributing literature, registering voters, speaking out on social media and in letters to local newspapers, and speaking to church groups.

Priests for Life has an array of online resources for both voters and prospective volunteers – voter registration information, early voting deadlines, and where to vote; links to finding candidates’ positions on abortion and how incumbents voted on banning late-term abortion; charts detailing how party control of the House and Senate has historically affected the courts and abortion-related legislation; volunteer training assistance; an inter-denominational prayer that also can be freely distributed; and more.

Priests for Life has also created a guide to the Republican and Democrat Parties’ official positions on abortion, Planned Parenthood, judicial nominees, religious liberty, climate change, school choice, sex education, Obamacare, marriage, ethically-controversial medical research, Iran, and foreign aid. The nonpartisan document presents every stance as a direct quote from both platforms, not a summary by someone favorable to either side, so it can be freely shared by churches and 501-(c)-3 organizations.

From slashing taxpayer funding of abortion at home and abroad to defending the right not to dispense or subsidize abortifacients, incumbent President Donald Trump has broadly supported the pro-life cause. His Democrat opponent, former Vice President Joe Biden, is running on a promise to enshrine effectively unlimited and taxpayer-funded abortion-on-demand into federal law, and even use the Justice Department to quash states’ freedom to impose even mild information or safety regulations on abortion.

The choice for our nation is not simply about which political party will have power, but about which kind of America we will be – one marked by moral chaos, the Culture of Death, socialism and religious oppression, or one based on the freedom and principles our Founders made clear,” Pavone wrote Thursday.

“And the choice for our churches,” he added, “is whether we will retreat in silence and cowardice out of fear of being ‘too political,’ and hence become irrelevant to the world around us, or respond clearly and courageously to this moment of unprecedented conflict, and lead the People of God to protect their rights, their freedom, their Church and their beloved country.”