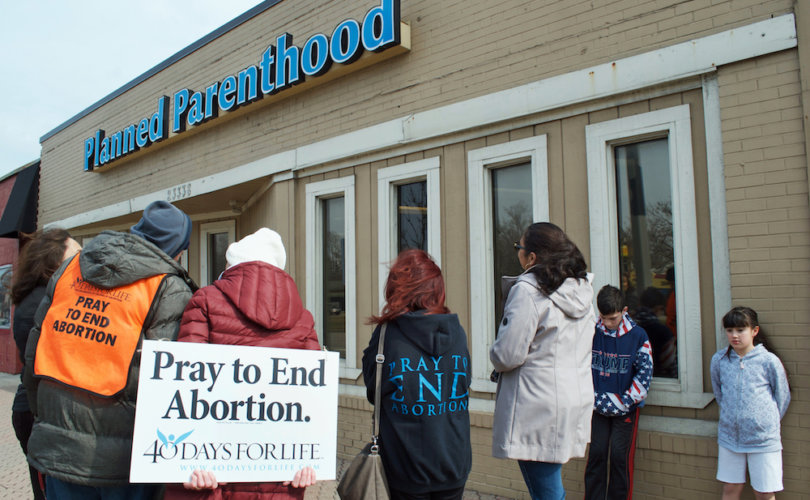 (LifeSiteNews) – Alliance Defending Freedom (ADF) filed an amicus brief in a Michigan court in an attempt to defend a currently unenforced pro-life law first passed in 1931 that makes it a felony to commit abortions.

ADF has three requests for the Michigan Court of Claims in the brief filed Wednesday. First, it asks the court to outright dismiss a lawsuit challenging the pro-life law because there are not two adverse parties to the suit. Planned Parenthood and the ACLU sued to stop the law, but Attorney General Dana Nessel said she will refuse to defend it.

Prosecutors have not enforced the law as Roe v. Wade currently prohibits states from prosecuting abortionists for killing babies. The abortion lobby and state leaders, including Democrat Gov. Gretchen Whitmer, want the law struck down now in anticipation of a possible ruling in Dobbs v. Jackson that could give states more power to pass and enforce pro-life laws.

Gov. Whitmer has filed a parallel lawsuit in Oakland County to stop prosecutors from enforcing the law.

“Plaintiffs are under no imminent threat of prosecution. Roe has protected their conduct in taking innocent, human life for nearly half a century,” ADF attorneys argued on behalf of Right to Life of Michigan and the Michigan Catholic Conference. “It is not clear how the U.S. Supreme Court will rule in Dobbs. And even if Dobbs eventually overturns Roe in whole or in part, a prosecutor would still need to make the decision to enforce [the 1931 law] against these Plaintiffs.”

“Here, the presiding judge has served as an ACLU lawyer for Plaintiff Planned Parenthood in challenging a Michigan pro-life law requiring informed consent before an abortion procedure may take place,” the amicus brief stated. “The presiding judge has served as a lawyer for the ACLU in challenging a Michigan pro-life law that prohibited the use of public funds to pay for abortion unless abortion was necessary to save the mother’s life.” It included other examples of cases where Judge Gleicher assisted with pro-abortion legal efforts.

In 1998, she won the “Planned Parenthood Advocate Award,” the brief stated. The attorneys argued that in light all of these facts “there can be no doubt this conduct would create in reasonable minds a perception that the judge’s ability to rule with impartiality has been compromised.”

Finally, ADF argued in its brief that the court set a “briefing schedule” to allow its attorneys to argue why it should be allowed to intervene on behalf of Right to Life of Michigan and the Michigan Catholic Conference and to argue for recusal.