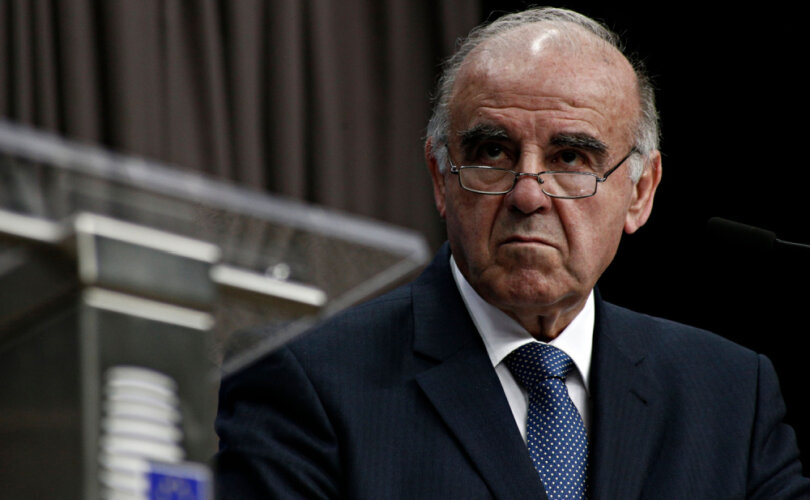 (LifeSiteNews) — Malta President George Vella told those close to him that he is prepared to resign rather than sign a bill legalizing abortion, which is currently being debated in Parliament.

The bill, which is in the second of three readings, would allow abortion in cases when the mother’s “health” is deemed at risk. It is largely seen as a first step toward a wider acceptance and legalization of abortion in Malta, which currently does not allow any abortions. In order to become law, the bill must pass a third reading in Parliament and be signed by the president.

The bill allows for abortion “when the termination of a pregnancy results from a medical intervention aimed at protecting the health of a pregnant woman suffering from a medical complication which may put her life at risk or her health in grave jeopardy.” However, pro-life advocates argue the language of the bill would effectively allow abortion up until birth for any reason under the guise of affecting the mother’s health.

Life Network Foundation issued a statement that said, “If the government’s amendment becomes law, abortion will be allowed for any reason, because it ‘may’ affect the mother’s health. This includes mental health. In the [United Kingdom], one abortion happens every three minutes for ‘mental health’ reasons.”

Vella, who is a medical doctor, has stated unequivocally that he opposes abortion in all circumstances. When he was elected president in 2019, in an interview published by the Malta Independent, he said he would “never sign” a law legalizing abortion.

“If such a law is passed through Parliament after a debate and a vote,” Vella stated, “and I was asked to sign it, I will have a strong moral objection and my only option would be to pack my things and leave. This is another issue I discussed before accepting my nomination: I will never sign such a law. I will not have it on my conscience.”

In 2021, when a bill was introduced into Parliament to decriminalize abortion, a spokesman for Vella affirmed that “the President’s position remains unchanged.”

When Malta’s Parliament passed a law in July allowing genetic testing on IVF embryos, Vella flew to the United Kingdom to avoid signing the bill into law, which was then signed by Acting President Frank Bezzina. Rather than do so again should the current bill reach his desk, Vella has said this time he would resign.

According to the Maltese constitution, the president does not hold veto power over the bills sent to his desk.

Vella’s pro-life stance has been well established as president. In 2020, he gave an address at the Oratory of St. John’s Co-Cathedral after a Mass for the Day of Life, an event organized by the Malta Unborn Child Platform.

“As a citizen,” he declared, “I have no problem being at the forefront in defending the unborn child and opposing murder. Others are entitled to their opinion. My presence here is a statement in itself. No one needs to convince me about my position on this matter and this has nothing to do with religion. The position against murder was there well before Christ. I feel that I am representing the majority of people. Abortion is the murder of a baby in a woman’s womb.”

According to a report in the Times of Malta, Vella drew on his experience as a doctor, saying he could “never forget listening to those small beating hearts at eight or nine weeks and then following them until birth.”

“I cannot imagine how we can terminate this life at any stage in its development,” he said.

The Maltese president also took other European countries to task for the hypocrisy of defending animal life while killing unborn children.

“Similarly,” he said, “I cannot understand how, on a European level, they take you to the European Court of Justice over the killing of turtle doves but then you’re frowned upon if you do not accept abortion. These are anomalies I do not understand.”

“I also think that abortion is in breach of equality because some are born while others are killed.”

In 2021, Vella again confirmed his pro-life stance, declaring, “I will never sign a bill that involves the authorization of murder. I cannot stop the executive from deciding, that is up to Parliament.  But I do have the liberty, if I don’t agree with a bill, to resign and go home. I have no problem doing this.”

Asked about allowing abortion only in certain circumstances, Vella replied that there were no half measures to murder. “You have either killed or not killed,” he said. “There can be no half death. I’m very clear, there are no ifs and buts.”

Malta is currently the only country in the European Union that completely bans abortion at all stages of pregnancy without exceptions. Pro-life leaders in Malta have organized a national protest to the proposed abortion bill on December 4.