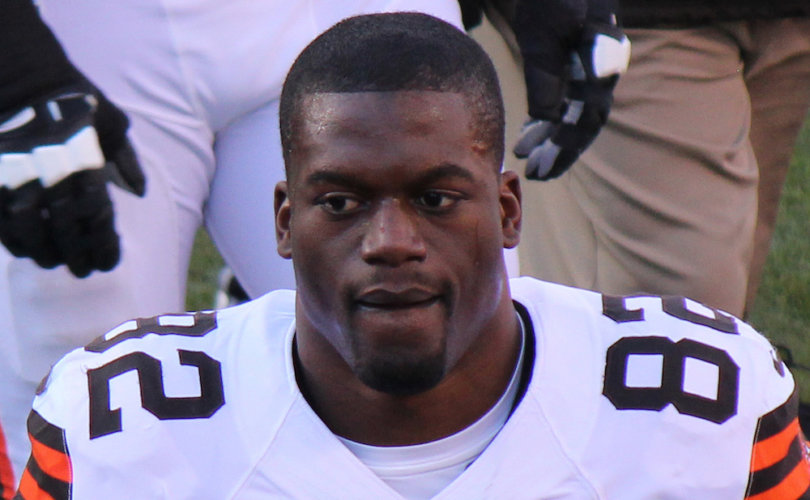 Video went viral last week of Democrat Del. Kathy Tran admitting her bill to liberalize Virginia’s late-term abortion laws would allow abortions just as a woman is about to give birth, followed by Democrat Gov. Ralph Northam suggesting that a born-alive “infant would be resuscitated if that’s what the mother and the family desired.” He later claimed he was only referring to cases such as a “nonviable pregnancy” or “severe fetal abnormalities.”

Tran’s bill has already been tabled, but the controversy intensified a discussion of the extremes at which Democrats and their allies have arrived on abortion, which was already underway in response to New York’s recently-enacted law. That law received cheers upon passing in the state capitol. It declared a “fundamental right” to abortion and erased the state’s recognition of preborn babies older than 24 weeks as potential homicide victims.

Watson, an outspoken pro-life Christian, responded to Northam’s claim it was “shameful and disgusting” to suggest he doesn’t value children’s lives by tweeting a reminder that “children in utero deserve equal devotion.”

Watson also retweeted other pro-life reactions to the story, such as the following:

OMG. No matter if you call yourself pro-life or pro-choice, this is inhumane, barbaric, & unjust. Such an assault on humanity cannot happen in my state! https://t.co/RkiM01i0mv

Previously, he reacted to the cheers of pro-abortion New York lawmakers by lamenting a “sad and evil day when the murder of our most innocent and vulnerable is celebrated with such overwhelming exuberance,” and warning of “consequences untold” from failing to support life.

It is a sad and evil day when the murder of our most innocent and vulnerable is celebrated with such overwhelming exuberance.

We SHOULD be supporting and encouraging the building of families which are fundamental to any society.

By not doing so, we invite consequences untold https://t.co/LOBRM0O2D5

Watson, who has played for the Baltimore Ravens, New England Patriots, Cleveland Browns, and New Orleans Saints, has a history of being unafraid to use his celebrity to support the pro-life cause. Last year he and his wife Kirsten donated a state-of-the-art 3D/4D ultrasound machine to Severna Park Pregnancy Clinic in Maryland.

In 2017, he spoke at the national March for Life, where he challenged men to “stand up for the lives of the innocent and their mothers in crisis […] Even if it wasn’t demonstrated for you by a father, you can be different, you can change the course of generation. Men, we can be silent no more.”