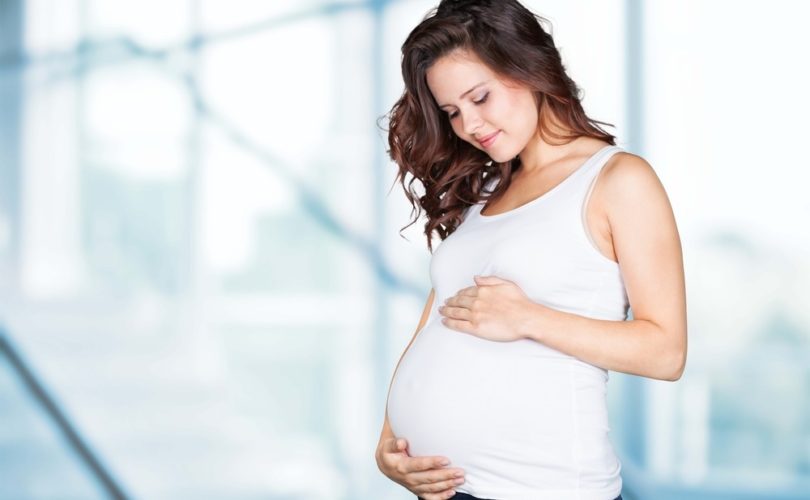 (LifeSiteNews) – The American Association of Pro-Life Obstetricians and Gynecologists (AAPLOG), which represents 7,000 medical professionals who reject the left-wing orthodoxy of the medical establishment, is pushing back against the framing of abortion as “health care” with a new point-by-point fact sheet.

The document, Myth vs. Fact: Correcting Misinformation on Maternal Medical Care, begins by challenging the left-wing American College of Obstetricians & Gynecologists’ (ACOG’s) assertion that “providing comprehensive medical care” means “working to ensure that all patients can access the full spectrum of maternal, sexual, and reproductive health care options, including abortion.”

AAPLOG noted that ACOG “has actively opposed doctors who do not agree with the group’s radical positions, and it refuses to represent the diversity of professional views in the OB/GYN community as a whole,” including “rarely survey[ing] their members about their position and opinions on abortion,” and that its own positions fall well outside of the mainstream, including “ignoring the wealth of evidence showing significant harms to women from abortion, such as adverse mental health outcomes and an increased risk of preterm birth in future pregnancies”; “refus[ing] to support ultrasounds prior to abortions”; and “oppos[ing] restrictions on partial-birth abortions.”

Second, it addresses the left-wing American Medical Association’s (AMA’s) contention that the June overturn of Roe v. Wade was an “egregious allowance of government intrusion into medicine” by noting that abortionists “often have no previous relationship with their patients and tend to leave the medical care afterwards to other physicians who either have a prior relationship with the patient or who work in her local emergency room,” and that mother and child should both be considered patients.

Abortion defenders often claim that abortion is sometimes necessary to save a mother’s life, and that banning the practice would somehow interfere with treatment of miscarriages and ectopic pregnancies, and ultimately drive up maternal mortality, despite the facts that a child dying as a side effect of being removed early is not an abortion, and regardless abortion bans typically contain explicit exceptions for physical dangers to the mother.

AAPLOG responds that “93% of practicing OB/GYNs do not perform elective abortions but have always been able to offer life-saving treatment to women and will continue to be able to do so regardless of state laws on abortion,” and that “[a]ny competent OB/GYN physician is trained to make this determination well before the threat to the mother’s life progresses to the point where death is imminent.”

“In a miscarriage, the baby has already died and therefore any treatment of a miscarriage would not be an abortion,” AAPLOG continued. “The procedures and treatments used for miscarriage management are not prohibited by abortion restrictions. An ectopic pregnancy requires removing an embryo to save a mother’s life so that both lives are not lost. This life-saving treatment is not prevented by any current law restricting or banning abortion.”

The group further noted that America’s nearly half-century of largely unfettered legal abortion did not correlate with improved maternal mortality rates, and in fact studies have linked the policy to worse outcomes for women: “Data from Finland found abortion is associated with 49.5 maternal deaths per 100,000 women compared to a rate of only 8.1 per 100,000 for all external causes of death after delivery. A study from Mexico found that states with laws restricting abortion had lower maternal mortality rates overall than states with more liberal abortion laws.”

By contrast, a “A range of diverse countries from around the world, like Poland, Chile, El Salvador, and Nicaragua, have not seen their maternal mortality worsen after enacting abortion restrictions,” AAPLOG added.

Next, the fact sheet noted that contrary to pro-abortion claims, abortion restrictions are beneficial to women’s health and safety, from ultrasounds clarifying a child’s gestational age and contributing to informed consent, to hospital admitting privileges ensuring women can more quickly get care in the event of emergency complications, to waiting periods helping women properly consider their decision.

Further, on top of intentionally killing a child, abortion can be dangerous for the mother as well even when the abortionist does not commit malpractice. “The Institute of Medicine lists surgical abortion as an immutable risk factor for preterm birth,” AAPLOG says. “Women face a 35% increased risk of preterm birth in a future pregnancy after one surgical abortion and an almost 90% increase in preterm birth risk after two abortions. The increased risk of future preterm birth for women after they have an abortion represents a clear long-term health risk. Mothers who deliver preterm babies are at a higher risk of medical complications later in life, including cardiovascular disease and stroke.”

Abortions by pill are particularly risky, especially when taken without a medical professional present: “This prevents a doctor from being able to determine how far along the pregnancy is or rule out a dangerous ectopic pregnancy. It also prevents adequate screening for coercion or intimate partner violence, both of which are common in women seeking abortions. Symptoms of a rupturing ectopic pregnancy mimic symptoms from a chemical abortion. If this causes a delay in diagnosis of even a few hours, it can be catastrophic.”

“From 1993 to 2018, there are at least 75 studies examining the link between abortion and mental health,” the fact sheet says. “Two-thirds of those studies showed a correlation between abortion and adverse mental health outcomes. Studies show abortion significantly increases the risk of depression, anxiety, substance abuse, and suicidal behavior, when compared to women with unintended pregnancies who choose to carry the baby to birth. A study from Finland found a 7X higher suicide rate after abortion compared to when women gave birth.”

Most fundamentally, the purpose of health care is to prolong human life and resolve injuries or ailments that interfere with or threaten it. Abortion, by contrast, is the intentional ending of a human life to escape a pregnancy, which is not a disease but a natural biological process. Further, the vast majority of abortions have never been sought for medical reasons, but for social, career, or financial considerations.

Links to sources and additional information can be found on the AAPLOG fact sheet, with additional resources available on AAPLOG’s website.