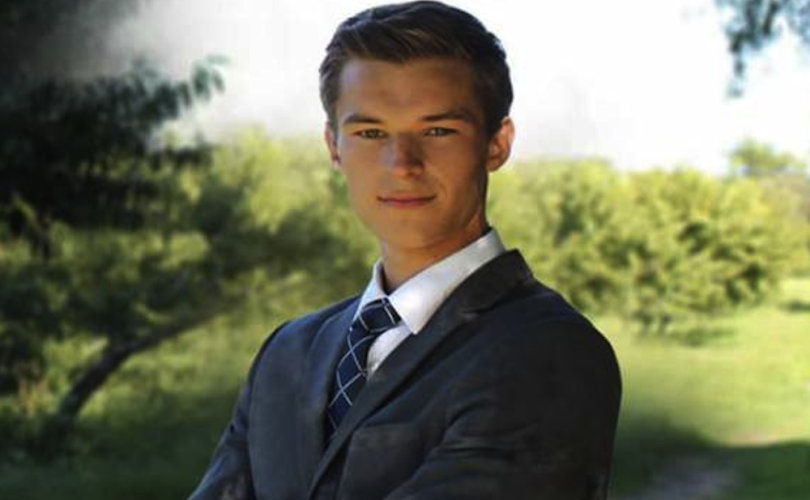 Sam Oosterhoff, who suspended his first year of political science studies at Brock University to run, sailed to victory in the Niagara West-Glanbrook riding, winning 54 percent of the vote in the constituency previously held by former Progressive Conservative leader Tim Hudak.

Jack Fonseca of Campaign Life Coalition (CLC) pointed out that the young politician earned the overwhelming victory despite a “relentless smear campaign” by the ruling Liberal party and the mainstream media.

The homeschooled teen ran as a “pro-life and pro-family politician, and the result was the highest vote percentage since at least the past five elections,” Fonseca told LifeSiteNews. He noted that Oosterhoff’s 54 percent of the popular vote was a 28 percent increase over Hudak’s 41.8 percent in 2014.

A member of the Canadian Reformed Church, and former political staffer, Oosterhoff promised during his campaign that he would “be a voice for common-sense, pro-family policies and concerns.” He also said he would “never waver in my support of parents as primary educators,” and would “strive to ensure that parental rights are respected in education.”

'Socially conservative politicians can win elections by being unapologetic'

A runaway victory for a pro-life Progressive Conservative teen and a clear defeat for a socially liberal Tory in Thursday’s provincial byelections is a lesson for PC leader Patrick Brown, says Fonseca.

“What this teaches us is that socially conservative politicians can win elections by being unapologetic about their pro-life and pro-family beliefs,” he told LifeSiteNews.

The “dramatic spike in PC fortunes achieved by Sam suggests that being a social conservative who can tap into ‘values voters’ might actually offer a significant political advantage,” Fonseca added.

But the Liberals held fast to their traditional stronghold of Ottawa-Vanier, where PC candidate Andre Marin badly trailed the victor, civil rights lawyer Nathalie Des Rosiers, at 30 percent to her 48 percent in a riding held by retiring Liberal MPP Madeleine Meilleur since 2003.

In that showing, PC leader Patrick Brown reaped the consequences for his notorious flip-flop over the Liberals’ controversial sex-ed curriculum, contended Fonseca, who compared this race with the September Scarborough-Rouge River byelection.

The PC’s Raymond Cho won that traditionally Liberal riding, but Fonseca asserts his success had a lot to do with the infamous letter the PC campaign circulated in the riding during the campaign — a letter signed by Brown that promised to “scrap the sex-ed.”

Brown later disavowed the letter, and has since publicly and consistently endorsed the Liberal sex-ed curriculum, but “it has to be recognized that in Scarborough Rouge River, Brown presented himself to voters as a social conservative who would repeal the unpopular sex curriculum,” Fonseca pointed out.

“That’s a stark contrast to Brown’s position going into Ottawa-Vanier, where he was the curriculum's number one fan,” he noted, adding: “I don’t think this difference should be ignored by analysts who are trying to figure out why the PCs got trounced in Round 2 of the rematch in Liberal-stronghold-land.”

“Too many Conservative politicians don’t understand the importance of standing on principle,” Fonseca observed. “Instead, they turn tail and run as soon as they feel the slightest pressure from liberals, and as a result, end up being seen as lacking integrity.”

That not only alienates the “natural so-con base of the Party,” who make up at least 40 percent of the Party’s natural base, says Fonseca, but also puts off the “mushy middle type of voter who doesn’t care about moral issues but wants to vote for the person who seems the most honest and principled.”

“In under three weeks, as an unknown Party running on a single issue, we gained 4.4 percent of the Progressive Conservative vote — all this without the machinery of a major political party behind us,” de Viel Castel told LifeSiteNews in an email.

“There is now greater public awareness of the serious problems with the new sex-ed curriculum,” added the mother of two, who formerly worked in communications and public relations. “We had a far reach into all regions of Ontario in the press as well as fantastic response on social media, reaching tens of thousands of people in the province.”

Queenie Yu, leader of the new party, echoed this. “For Elizabeth to get 400 votes for a party just starting out is impressive,” she stated in a press release. “Elizabeth did a great job and I am thrilled with how well she did at keeping the sex-ed issue in the news these past few weeks.”

A former PC Party staffer who worked as a fundraiser for the PC Ontario fund, Yu ran in Niagara West-Glanbrook to keep the sex-ed issue front and center, and also attributed Oosterhoff’s strong showing in that riding “to his well-publicized support for parental rights and strong pro-life position.”

“Now that Sam has won, I hope he won’t let Patrick Brown silence him,” Yu stated, adding that the Liberal government’s controversial Bill 28 will soon be up for a final third reading vote.

Oosterhoff reportedly dodged questions during the campaign on whether he supported a repeal of the Liberal sex-ed curriculum and whether he would oppose Bill 28, but according to the Post, he stated there’s a “long-standing tradition within the PC party of allowing members to vote their conscience.”

Brown says the Tories support the Wynne government’s “All Parents are Equal” bill, which legally restructures the family, including substituting “parent” for “mother” and “father,” to accommodate homosexual couples who use IVF techniques to conceive children, according to the Star.

“Sam – please vote against Bill 28!” Yu stated. “The parents of Ontario are counting on you to stand up for them!”